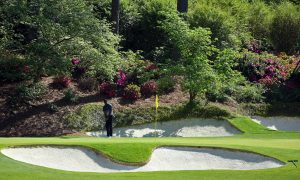 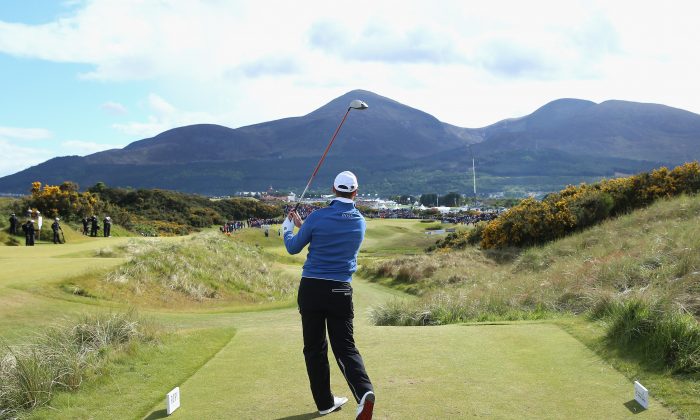 Martin Kaymer tees was one of a number of players to not make the cut at the Dubai Duty Free Irish Open Hosted by the Rory Foundation at Royal County Down Golf Club in Newcastle, Northern Ireland. (Andrew Redington/Getty Images)
Golf

In the world of professional golf, certain courses draw considerable continuous attention—the likes of Augusta National, Pebble Beach, and The Course at St. Andrews easily come to mind. Hosting professional events is not an easy thing as various logistical elements are central to any event, and the timing is no less a concern as schedules can prevent a range of top-tier players from competing.

Perennially rated among the world’s top 10 courses is Royal County Down Golf Club—located in Northern Ireland and ideally situated with the Mountain of Mourne to the west and Dundrum Bay providing the eastern boundary. The course has always been hailed and this year’s Irish Open only served to reinforce the utter brilliance of its design and continued relevance. The Irish Open marked a return to County Down—for the first time in 76 years—with all three other events coming before World War II.

For four days last week, the Championship Course at County Down hosted the Dubai Duty Free Irish Open, and at the end of 72 holes only five men had broken par for the event. A three-man sudden death playoff was needed to settle things, and in the end Soren Kjeldsen of Denmark bested Bernd Wiesberger of Austria and England’s Eddie Pepperell with two-putt birdie on the first playoff hole—the par-5 18th.

The field contained a number of high-profile players—most notably, Rory McIlroy. The world No. 1 player hails from nearby Holywood—a small community just north of Belfast. McIlroy’s Foundation was front and center as an event beneficiary, but Rory’s play was anything but. For the second consecutive week, McIlroy missed the cut—scoring 80 in the first round along with a much improved 71 in the 2nd. Other notable players were in the field with the likes of American Rickie Fowler, former world No. 1 Luke Donald, four-time major winner Ernie Els, world top 10 Sergio Garcia, and fellow Northern Ireland stars Darren Clarke and Graeme McDowell. All of the aforementioned were nothing more than sidebars to what unfolded. Quite frankly, the entire field was doing nothing more than treading water—especially on the final day when winds averaged 25 mph plus, causing consistent havoc for all the players in the field.

Royal County Down opened in 1889 and is one of Ireland’s oldest golf clubs. The legendary Old Tom Morris provided the original effort subsequently modified over a number of years and included contributions from such individuals as George Combe, the Conveyor of the Green from 1900 to 1913. Six-time Open Champion Harry Vardon provided some additional contributions in 1908, and in 1926 the club wisely reached out to the likes of Harry S. Colt to provide even more improvements.

The course is a demanding layout that requires a steady consistency off the tee, and dealing with a few blind shots is part and parcel in handling the rigors the course provides. The holes are often in corridors flanked with high dunes and sweeping, punishing grasses that await the careless player whose wayward play is pronounced. Bunkers are sunken pits with “eyelash” grass growing out of the sides of such devilish creations. The magnificent putting surfaces are also quite vexing. Fall-offs to every side can be rather challenging for anything but the surest of approaches.

Consider the par-3 7th—a shortish hole of only 144 yards—was the third-most demanding of holes for the final round with a stroke average of nearly 3.4. Heavy crosswinds the final day required the surest of plays from the tee—few were able to do just that.

The venues of professional golf today center around deep-pocket hosts—capable in underwriting all dimensions of a golf event and, as a result, often means host sites that can be rather bland in terms of their design greatness. That accounts for why such locations as The K Club was Ireland’s first host for the 2006 Ryder Cup Matches. A generous benefactor—Michael Smurfit—simply wrote the rather large check to do so. The face of Irish golf is served well with the likes of County Down and its nearby neighbor—Royal Portrush and its brilliant Dunluce Links, which may lay claim to hosting the ’19 Open Championship.

Oftentimes professional golf can be a steady diet of just how many professionals can shoot low scores—under testing conditions—when wind is whipping through the property and is the ultimate examination in demonstrating one’s golf acumen.

Royal County Down will now fade into the background as the progression of 2015 events picks up considerably in June with the US Open at Chambers Bay, in July with The Open at The Old Course at St. Andrews, and concluding with the PGA Championship in August at Whistling Straits.

The Irish Open is a venerable event. Like the Scottish Open it has raised its profile, and having such venues as County Down demonstrates what golf course architecture can still be—even for the world’s finest players. One can only hope that the famed links will make future appearances on the world golf stage. To say County Down has been missed is the understatement of the year.