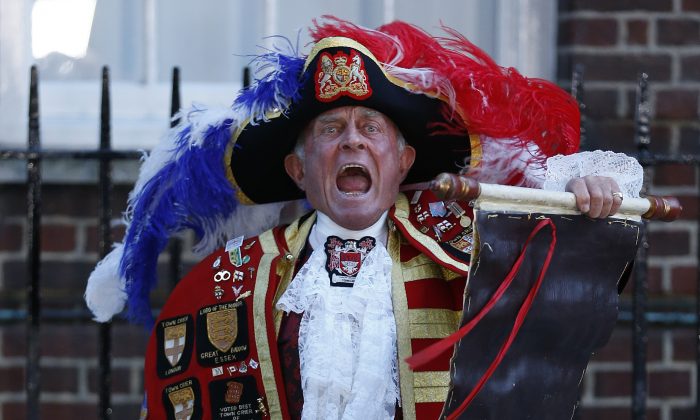 Tony Appleton, a town crier, announces the birth of the royal baby, outside St. Mary's Hospital exclusive Lindo Wing in London, Monday, July 22, 2013. The infant will become third in line for the British throne after Prince Charles and William. (AP Photo/Lefteris Pitarakis)
Royals

A town crier just announced the royal birth to the crowds waiting outside the Lindo Wing at St Mary’s Hospital on July 22, 2013 in London, England.

The baby was born at 4:24 p.m. and weighs 6 pounds 6 ounces, and is both third in line for the British throne and will eventually become Supreme Governor of the Church of England. No name has been chosen yet for the boy.