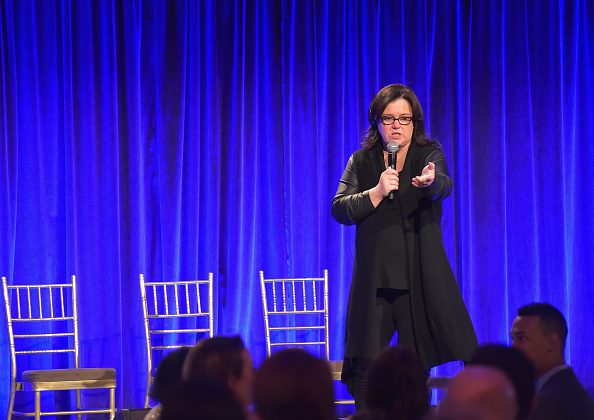 Rosie O’Donnell was slammed on Twitter for pushing a game about pushing President Donald Trump off a cliff.

Trump and O’Donnell have publicly traded verbal barbs for years—with Trump referencing her during a 2015 GOP presidential debate.

Over the weekend, she tweeted a link to an online game, titled, “Push Trump Off A Cliff Again,” which is self-explanatory. A volcano is seen in the background.

Fox News host Sean Hannity’s website had a post, which said that her post was out of line, describing the game as “gross” and O’Donnell as a “rabid leftist.” It stated: “This isn’t the first time Rosie has taken to social media to share heinous anti-Trump content,” adding that in 2016, she promoted a video suggesting that Barron Trump has autism. She apologized a few days later.

“Violence against the President? Not so good,” wrote one person on Twitter in response to her post.

Neighbors of O’Donnell, who lives in Nyack, New York, commented on her tweet.

“I think it’s in poor taste,” said Ronna McHammond of Nyack, reported Lohud.com, adding that she didn’t vote for Trump.

“I don’t think it does any good. It undermines what you think and you don’t do your side justice if you go to the extreme end,” said Frantz Vital.

“I don’t think you should have a game advancing killing the president or frankly killing anyone,” he added. “That’s not what I’m trying to teach (my children) period.”