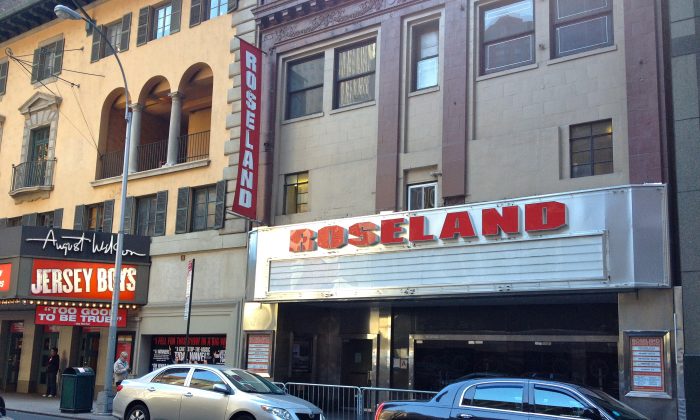 The entrance of the Roseland Ballroom, an iconic Midtown Manhattan venue that will close its doors in the spring of next year, on Oct. 20, 2013. (Kristina Skorbach/Epoch Times)
New York

NEW YORK—A representative from Roseland Ballroom confirmed that the well-known concert and event venue in New York City’s Theatre District is going to close at the end of April next year.

The Roseland Ballroom has been owned by Laurence Ginsberg, who comes from a family of developers, for over three decades.

“Managing Roseland has been a labor of love, which is why the owners have deferred major changes for all these years,” said a family spokesperson.

Concerts at the Roseland were booked by LiveNation. The agent hasn’t yet made a public statement about the closure.

An New York Times article from 1996 reported that Ginsburg filed to have the building turned into a 42-story apartment house.

No reason was given for why the hall will close, although the statement says the plans for the property will be finalized next year.

“Redevelopment of the property is the likely outcome,” read the statement.