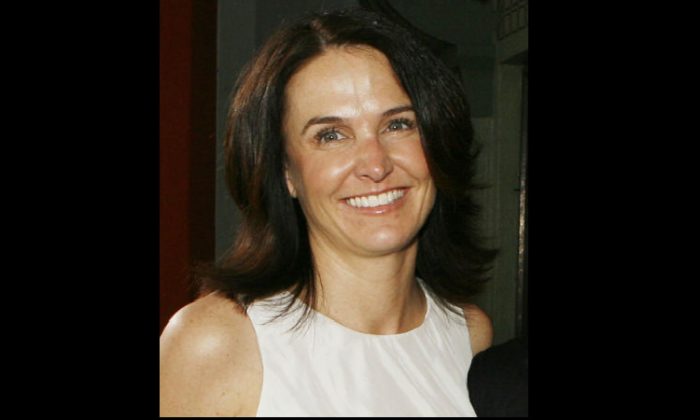 Veteran Hollywood executive and producer, Jill Messick, who recently found herself caught in the crosshairs amid Rose McGowan’s allegations against Harvey Weinstein, has killed herself, her family said.

Messick, 50, took her life on Feb. 8 after a long battle with depression and bipolar disorder, her family said in a statement provided to The Hollywood Reporter.

Messick was McGowan’s manager in 1997 during the time McGowen claimed Weinstein raped her. In January this year, Weinstein, through his lawyer Ben Brafman, publicly disputed McGowen’s allegations. Brafman produced an email from Messick, in which she recalled her account of events, in Weinstein’s defense.

McGowan recently made claims that Messick did little to support her at the time and was surprised when she later took a job in Weinstein’s company, Miramax.

In the statement, Messick’s family said that Messick “became collateral damage in an already horrific story.”

“Jill was victimized by our new culture of unlimited information sharing and a willingness to accept statement as fact. The speed of disseminating information has carried mistruths about Jill as a person, which she was unable and unwilling to challenge.”

“Seeing her name in headlines again and again, as part of one person’s attempt to gain more attention for her personal cause, along with Harvey’s desperate attempt to vindicate himself, was devastating for her. It broke Jill, who was just starting to get her life back on track.”

Messick’s family said that Jill was the first to report the incident to her bosses. She was not involved in subsequent negotiations between McGowan and Weinstein and thought the matter was settled.

“Twenty years ago, as a very junior person in a management company hierarchy, Jill exhibited her integrity in doing the right thing—she raised the red flag with the heads of her firm. In the face of inappropriate behavior, Jill handled the situation appropriately,” the statement says.

Messick’s family go on to implore the media and others to “take a moment to consider the ramifications and consequences of what we say and what we do.”

“While journalists serve an important role in exposing predatory behavior, we are seeing irresponsible choices and an addiction to sensationalism, which leads to inconsistent storytelling. The media is a powerful tool not to be taken lightly. Most individuals would be horrified to have their name spotlighted in a major international news story—let alone their photograph. We cannot forget that the media is a fearsome tool, which cannot be used indiscriminately or even inadvertently to create further victims,” the statement says.

Tina Fey, actress and writer who worked with Messick on the 2004 film “Mean Girls,” in a statement described her as a “fiercely dedicated producer and a kind person.”

Director Mark Waters said Messick helped him get hired for “Mean Girls.” He added: “She was a terrific producer, there with me every day on set, and always a tireless, positive presence. She will be sadly missed by all of us who knew her.”