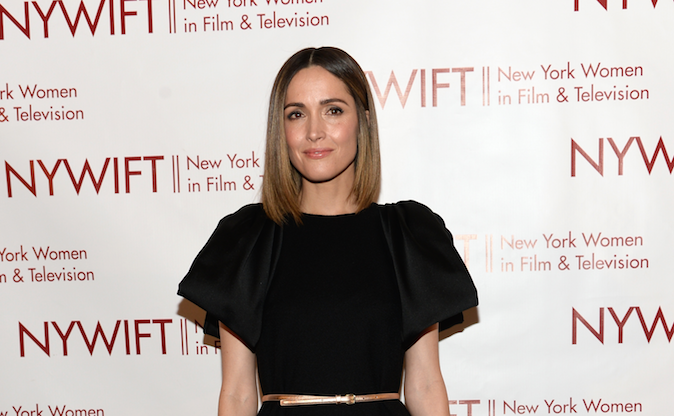 In her little black Giambattista Valli dress, Byrne looked flawlessly elegant. She stopped by to talk about her film career in comedy, and working with Melissa McCarthy. The two had previous starred in “Bridesmaids” and will be on screen again next year in the comedy “Spy.”

“I’ve been wanting to do a comedy for years, so it was a real pleasure to finally be able to,” Byrne said.

For the actress, her roots help connect her with the comedy genre.

“I’m Australian, so I think we’ve got a pretty good sense of humor,” Byrne said.

But she also credits her roots for her lean physique.

“Coming from Australia, we’re pretty outdoorsy people, so we tend to walk around a lot, and New York is great for that,” she said.

Byrne will be next seen in the comedy drama “Annie” which was filmed in New York.