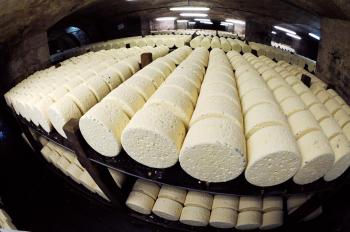 To Save Roquefort Cheese, French Propose the ‘Coke Tax’

PARIS—In a recent French parliamentary session, MP Philippe Folliot from Tarn suggested increasing Coca-Cola tariffs so as to “oppose a symbol with a symbol,” according to the local TF1 TV station.

Folliot comes from a Roquefort-producing area in the country, and was suggesting France seek payback on the Bush administration’s decision to triple import taxes for Roquefort cheese into the U.S. by countering with their own tariffs on American goods.

France and the European Commission also filed a complaint to the World Trade Organization about the U.S. tariff on Jan. 20.

The French largely see the measure taken by the U.S. Trade Department as retaliation for the continued refusal by the EU to import any American beef grown with hormones.

French agriculture Minister Michel Barnier commented that the U.S. Roquefort tariff was “globally low-level,” and would not change the EU’s stance on beef: “We do care about our food standards, even if we respect the fact that the United States produces beef grown with hormones.”

The Roquefort move and proposed Coke retaliation is the latest chapter in the conflict between Europe and the U.S. on food imports, which has lasted more than a decade.