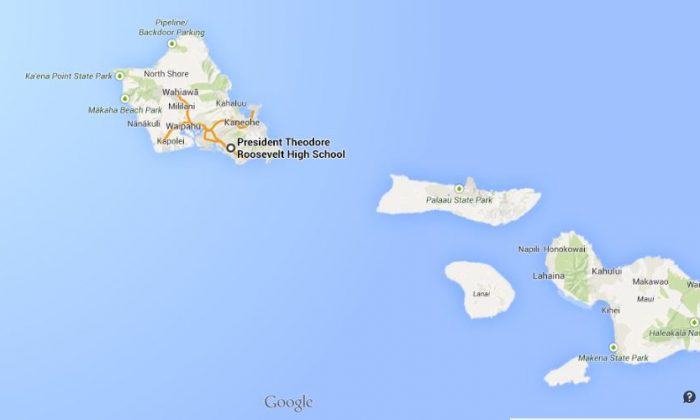 Gunshots were fired on the campus of President Theodore Roosevelt High School in Hawaii, prompting a lockdown on Tuesday.

A suspect is in custody.

A 17-year-old boy was shot in the wrist, reported the Star-Advertiser.

He has been taken to the hospital in critical condition.

The shooting at the high school was officer-involved, reported Lynn Kawano of Hawaii News Now. “Tried to pick up runaway, who stabbed officer and was shot,” she said.

The parking lot is cordoned off with traffic cones and yellow tape. People are being kept off campus.