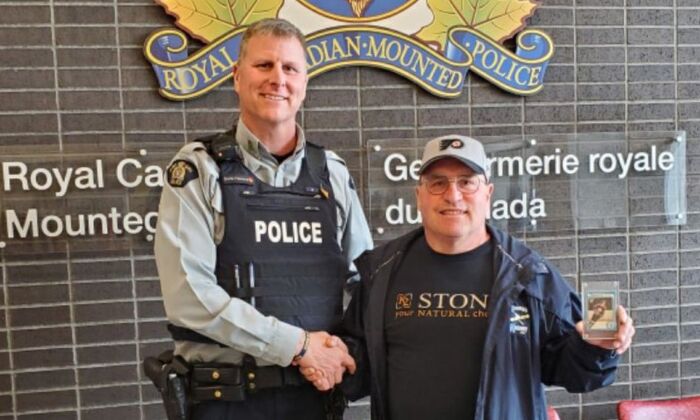 A Wayne Gretzky rookie card that was stolen seven years ago in West Kelowna, B.C., is now back in the hands of its owner.

Mounties say the card landed in their exhibits file in 2019, but it was only returned to owner Ian Moore when it came up for disposal and the officer who investigated the original theft recalled the incident.

RCMP say in a news release that Const. Rick Goodwin responded to the report of the theft at Moore’s property in 2015 and among the items taken were vintage hockey cards, including the Gretzky card.

Police say they obtained the card four years later when officers arrested a man and woman in a vehicle that contained numerous stolen items.

Goodwin says when he learned there was a valuable vintage hockey card in the exhibits, he went back to his old file and dug up the details of the theft.

Without seeing the card, police say Moore was able to identify its unique details and the card was returned to him last week.