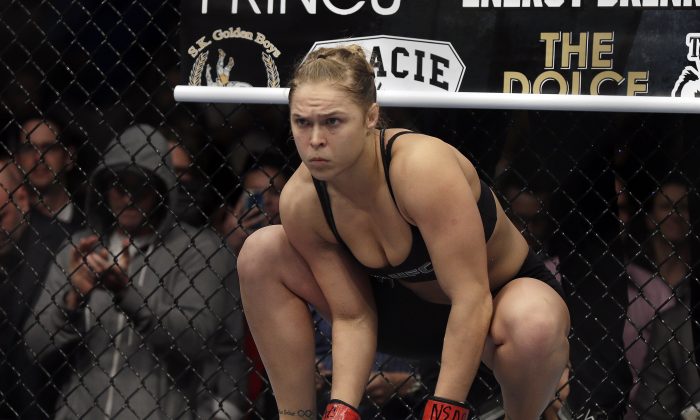 Celeste is a ring girl for the Ultimate Fighting Championship (UFC) while Rousey is its biggest female fighter.

“I don’t really like the way she carries herself,” Celeste said. “I don’t think she’s a good role model for women. I think that women should empower each other and give each other a little pat on the back.”

Celeste said that Rousey has spoken about her, but that the pair don’t know each other.

“I’ve met her twice. She said a couple things in her Maxim interview. A lot of people pointed it out to me, but I didn’t really acknowledge it,” Celeste said.

Rousey said that Celeste didn’t deserve to appear ahead of her on the list.

Celeste said in a new interview this week on The MMA Hour that there is “nothing going on.”

“She just, I guess she doesn’t like me for whatever reason and I don’t know really know what that reason is because I’ve literally met her twice, and was so polite, and so welcoming, and so excited to have women in the UFC. I don’t know what her deal is with me, but I’d rather not even talk about it,” she said.