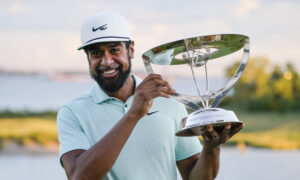 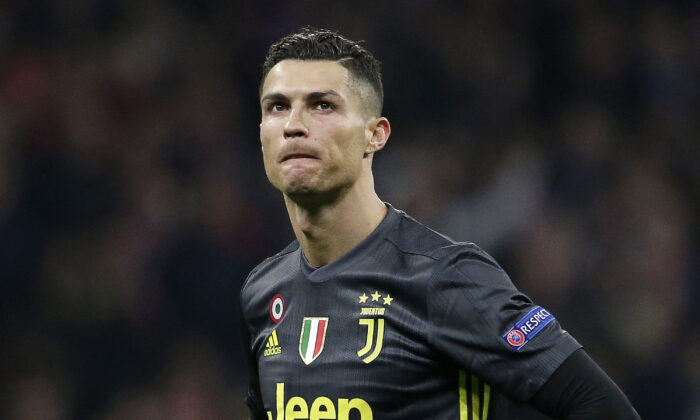 Ronaldo Wants to Leave Juventus, Could Return to Man United

Cristiano Ronaldo was spotted boarding a private jet in Turin on Friday, his Juventus career seemingly over.

The soccer world was waiting to see where the five-time world player of the year is headed next, with former club Manchester United a highly possible destination.

In the latest major deal of the transfer window, United confirmed its interest in signing the 36-year-old Ronaldo soon after Juventus coach Massimiliano Allegri said the Portugal forward wanted to leave after three years.

“Yesterday, Cristiano told me that he no longer plans to play for Juventus,” Allegri said in a news conference. “Cristiano gave his contribution. He made himself available, now he leaves and life goes on.”

That set up a potential head-to-head battle between Manchester rivals United and City for the signature of one of most famous sports stars in the world.

“We’ve always had a good communication,” United manager Ole Gunnar Solskjaer said Friday. “He knows what we feel about him and if he was ever going to move away from Juventus, he knows that we’re here.”

Solskjaer, who played alongside Ronaldo at United, said he was “a legend of this club.”

“He is the greatest player of all time, if you ask me,” Solskjaer said. “Such a tremendous human being as well. Let’s see what happens with Cristiano. Everyone who’s played with him, I think, has a soft spot for him.”

City has been considering an option to buy Ronaldo after its top target, Harry Kane, said Wednesday he was staying at Tottenham for now. But City manager Pep Guardiola sounded pessimistic about that possibility of signing Ronaldo when speaking at a news conference at about the same time as Solskjaer.

“In my personal view, there are few players—I think Cristiano included, (Lionel) Messi of course—they decide where they are going to play,” Guardiola said. “In that position, I would say right now—this is my feeling—I am more than delighted with the squad we have and we will stay the same.”

Guardiola said “anything could happen” in the final days of the transfer window but that the signing of Ronaldo “right now … seems far, far away.”

The transfer window closes on Tuesday, ending a period in which Lionel Messi moved to Paris Saint-Germain, PSG forward Kylian Mbappe was the subject of a bid of about 160 million euros ($188 million) from Real Madrid, and both City and Chelsea spent more than $130 million on Jack Grealish and Romelu Lukaku, respectively.

Ronaldo has only one year left on his contract at Juventus, which he joined from Madrid in 2018.

He didn’t start Juventus’ opening match of the Italian league season, against Udinese last weekend, amid reports he had asked to be on the bench. He came on in the second half and had a stoppage-time goal ruled out in a 2–2 draw.

Both the club and Allegri insisted it was a coaching decision to keep Ronaldo on the bench at the start.

Allegri said Friday that Ronaldo will miss the Serie A match against Empoli on Saturday.

It would not be the first time United has beaten City to a player that both clubs wanted. Alexis Sanchez joined United in 2018 after appearing to be close to moving to City, while United was prepared to pay 80 million pounds (then $97 million) to sign Harry Maguire from Leicester in 2019—a sum City didn’t try to match.