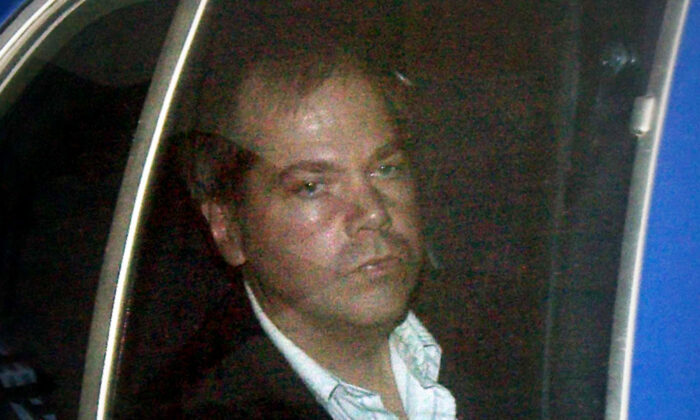 The man who shot President Ronald Reagan in 1981 will be released unconditionally, a federal judge ruled on Sept. 27.

John Hinckley Jr., 66, opened fire on Reagan in Washington outside the Hilton Hotel, wounding the president, his press secretary James Brady, a Secret Service agent, and a police officer. No one was killed, but Brady was left paralyzed and died in 2014.

Hinckley was arrested but found not guilty due to insanity. He was placed into a psychiatric hospital in the nation’s capital. Over the years, conditions of his confinement were loosened, and U.S. District Judge Paul Friedman in 2016 ordered him released from the hospital with conditions such as having doctors control his medication.

Friedman, a Clinton appointee, found at the time that Hinckley didn’t pose a threat any longer. The decision was condemned by one of Reagan’s daughters.

The same judge announced on Sept. 27 that all conditions of Hinckley’s release are being lifted next year, provided he abides by the rules until then.

The shooter’s mental health issues are “in remission,” the judge said during a hearing, according to news outlets. An order is expected to be issued later this week.

Federal prosecutors agreed with Hinckley’s attorneys on lifting the conditions but successfully convinced the judge to keep them in place until June 2022.

“We have no objection to that. He is living his whole life in a very wholesome way,” Barry Levine, a lawyer for Hinckley, told reporters outside the court in Washington.

Levine said Hinckley didn’t attend the hearing himself because he didn’t want to get into a confrontation with the press but argued that he’s earned his release.

“I think John has done exceedingly well over a long period of time, his disease is in full remission, he’s done nothing dangerous. There have been a multitude of risk assessments, and the risk of danger is exceedingly low. It was described in one of the reports as remote, and another report as the lowest possible on a testing scale,” Levine said.