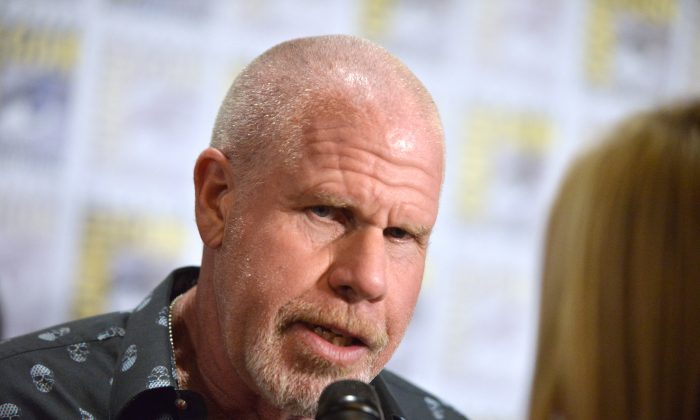 Ron Perlman Is Pushing For ‘Hellboy 3’ Every Day

He’s known as the red-skinned demon in the “Hellboy” films and he’s now a published author, but for Hollywood actor Ron Perlman, “Hellboy” is not over yet.

“I think Hellboy 3 is the best thing we could do for the fans that were so devoted to the first 2 films. And I argue for it every day,” Perlman said in a Reddit AMA on September 30, 2014.

“Hellboy” is a story based on a man/beast-like creature who was rescued from the Nazis at infancy and who grows up to be a defender against the evil. Perlman talks about the third film with director Guillermo del Toro every time the two get together.

“I will fight for Hellboy 3 as long as my cold dead hands are not cold and dead,” Perlman said.

The actor turn author, as well as fans of the franchise, is interested in seeing how the story will resolve itself.

Playing Hellboy was, after all, one of the top three of Perlman’s most favorite roles to play.

“I would say Hellboy, Vincent, Judge Pernell Harris in ‘Hand of God.'”

The actor also said that he doesn’t even remember any challenges in playing the role.

“The hardest thing about the Hellboy movies was winning the role, and the effort it took for Guillermo to finally make that happen. All the rest of it was kind of easy and a real pleasure. What a character. What a filmmaker. What a cast. And the amount of love and resources that were poured into that project is rather uncommon in my field of experience.”

To make the third film happen, Perlman encouraged his fans to keep up the enthusiasm for the film.

“Probably just show as much enthusiasm for its eventuality as is possible. Because people are listening,” he said.