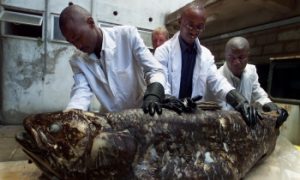 Republican presidential candidate, Texas Rep. Ron Paul, is to stop actively campaigning for the GOP nomination. Paul, 76, released a statement saying he would, “no longer spend resources” on campaigning for primaries in states that had not yet voted. He encouraged voters to continue to vote for him in those states saying he can still collect delegates and other leadership positions for the Republican convention in the fall. This aim is to get his message out “that Liberty is the way of the future.”

Without winning one state in the GOP race, Paul, a former obstetrician-gynecologist, maintained a strong support base, particularly among younger voters, and was Mitt Romney’s last remaining rival for the GOP nomination. Paul has 104 delegates to Mitt Romney’s 966.

“In the coming days, my campaign leadership will lay out to you our delegate strategy and what you can do to help,” he said in a statement.