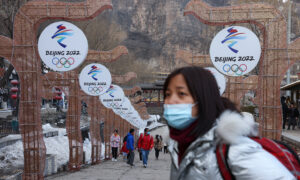 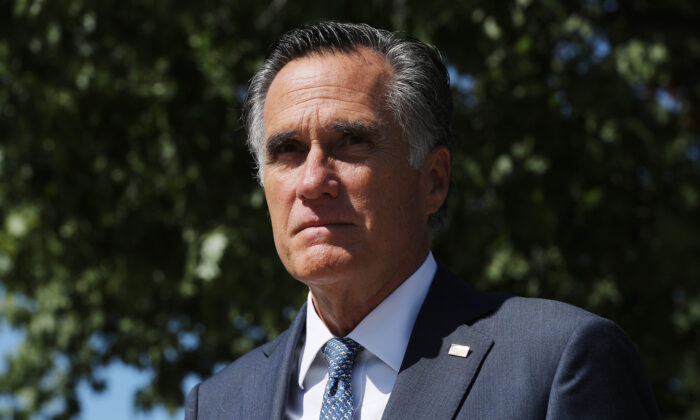 Sen. Mitt Romney (R-Utah) on March 15 pushed for a boycott of the 2022 Beijing Olympics because of the ruling communist regime’s brutal repression.

“China deserves our condemnation. The Chinese Communist Party has reneged on its agreement to allow Hong Kong self rule; it has brutally suppressed peaceful demonstrators and incarcerated respected journalists. It is exacting genocide against Uighurs and other ethnic minorities; Uighur women are forcefully sterilized or impregnated by Han Chinese men. Adults, ripped from their families, are sentenced into forced labor and concentration camps,” Romney wrote in an op-ed for The New York Times.

“Among ethnic Chinese, access to uncensored broadcast news and social media is prohibited. Citizens are surveyed, spied upon and penalized for attending religious services or expressing dissent.”

But barring U.S. athletes from participating in the Olympics isn’t the right answer, Romney argued. It would punish athletes who have trained hard and mean that Americans miss out on sharing their values on a global stage. And it wouldn’t work, he alleged, to influence the behavior of the Chinese regime.

“The right answer is an economic and diplomatic boycott of the Beijing Olympics. American spectators—other than families of our athletes and coaches—should stay at home, preventing us from contributing to the enormous revenues the Chinese Communist Party will raise from hotels, meals and tickets,” Romney wrote.

“American corporations that routinely send large groups of their customers and associates to the Games should send them to U.S. venues instead. Rather than send the traditional delegation of diplomats and White House officials to Beijing, the president should invite Chinese dissidents, religious leaders and ethnic minorities to represent us.”

The United States and other nations should also communicate with the International Olympic Committee about their penchant for awarding Olympics to repressive regimes, Romney stated. He added that NBC, which broadcasts the Olympics, “can refrain from showing any jingoistic elements of the opening and closing ceremonies and instead broadcast documented reports of China’s abuses.”

The White House and NBC didn’t immediately respond to requests from The Epoch Times for comment. The White House said last month that a final decision on whether the United States will take part in the Beijing Olympics hasn’t yet been made.

Other Republicans have also called for boycotts.

The last time the United States boycotted an Olympics was in 1980, when then-President Jimmy Carter held back athletes from the Moscow Olympics.

The Chinese Communist Party, meanwhile, declined last week to explain how it would guarantee press freedom during the upcoming Olympic Games.

Foreign ministry spokesman Wang Wenbin, responding to a report released by the Foreign Correspondents’ Club of China, mostly defended the regime’s media environment against “unfair, biased reports,” and claimed the report was “paranoid ideas of a handful of Western journalists.”