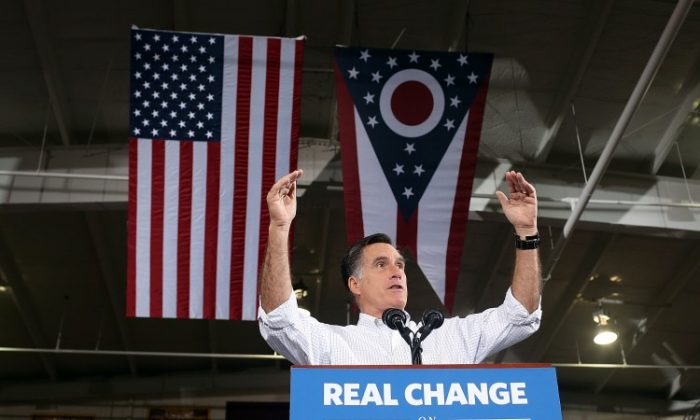 Mitt Romney, the Republican Party’s presidential nominee, called off his campaign schedule for Monday and Tuesday, citing Hurricane Sandy, and he asked his supporters to donate to relief agencies and to aid in other ways.

“On the Eastern Coast of our nation a lot of people are enduring some very difficult times. And our hearts and our prayers go to them as we think about how tough it’s going to be there,” Romney said in Ohio, according the ABC News.

Romney added, “It’s interesting to see how Americans come together and this, this looks like another time when we need to come together all across the country, even here in Ohio, and make sure that we give our support to the people who need it.”

The former Massachusetts governor called on Americans to donate to the Red Cross and provide aid to people affected during the hurricane.