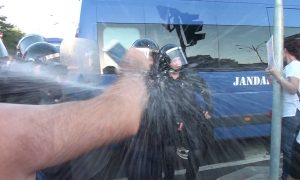 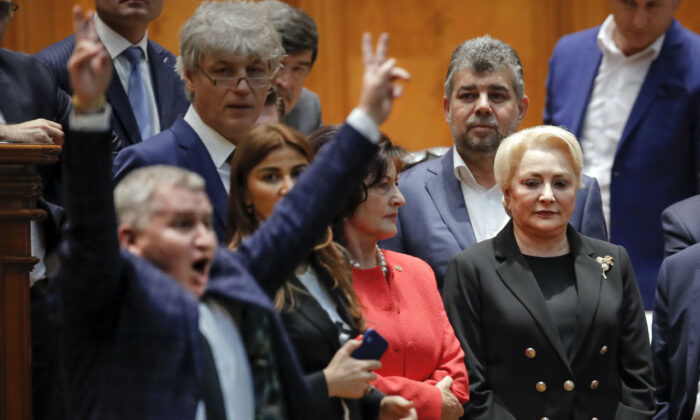 BUCHAREST, Romania—Romania’s Social Democratic government lost a no-confidence vote in Parliament on Thursday and the president is expected to give opposition parties a chance to form the next government.

President Klaus Iohannis described the Social Democratic government in a statement as “incompetent” and called its ouster a win for Romania. Iohannis, who is seeking re-election next month, also said he would begin consultations with opposition parties on Friday about forming a new government.

Before the vote, Dancila, who became Romania’s prime minister in 2018, argued that the motion would destabilize the country and claimed opposition parties had no viable alternatives to her government’s policies.

“How can you assume the reconstruction of Romania when you don’t know what to offer to Romanians for tomorrow or after a week?” Dancila said.

An early parliamentary election is unlikely any time soon since Romania’s presidential election is scheduled for next month.

Dancila said she intends to continue as the Social Democrats’ candidate for president.

While Iohannis favors calling an early parliamentary election—now they are scheduled to be held in late 2020—and some opposition parties reportedly agree with him, it was unclear whether the necessary wider consensus was there for an early vote.

For now, Dancila’s Cabinet will continue governing but with limited powers.

Opposition lawmakers said they were convinced a new government would succeed.

Cristian Seidler, from the Save Romania Union, predicted ministers in the next Cabinet would be “competent people that showed professionalism and integrity and responsibility in their careers.”

Ilie Viorica, a retiree who was protesting the government outside Parliament on Thursday, echoed many voters’ frustrations over Romania’s rampant corruption, which has inspired massive anti-government protests over the past few months.