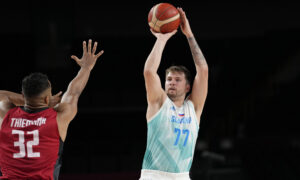 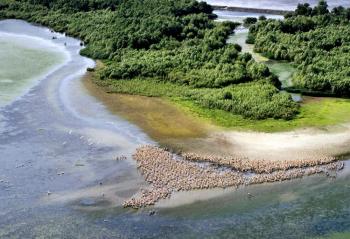 Pelican colony near Partizani village in the Danube Delta. The Danube Delta Biosphere Reserve was one of the locations that received the Pomme d‘Or award this year. (Adrian Silisteanu/AFP/Getty Images)
Europe

By Gina Neagu
biggersmaller
Print
Romania is the first country in history to win three Pomme d’Or tourism awards in the same year. Winning the Pomme d’Or, or Golden Apple award, can be considered the world of tourism’s equivalent to winning the Oscar for best picture.

Each year, the International Federation of Journalists and Travel Writers (FIJET) presents its Pomme d’Or awards to reward efforts in raising levels of tourism. The award has gained great recognition over the years and always has a list of candidates vying for it.

Since it was founded in 1970, the FIJET Award has gone to 41 recipients. The first “La Pomme d’Or” received by Romania dates back to 1975, when it was granted for Moldovita monastery, in Bukovina county.

This year the Pomme d’Or was awarded to the representatives of the “Marginimea Sibiu” region for ecotourism, the Danube Delta Biosphere Reserve, and Blue Air airlines. This is the first time the award was granted to three separate tourist locations or entities in the same country.

FIJET, founded in Paris in 1954 by the National Associations of France and Belgium, is the oldest association of professional travel writers and journalists in the world. With a membership that currently exceeds 600 members in over 35 countries on five continents, it is also one of the world’s largest professional organizations of travel journalists.

The ceremony was held in “Marginimea Sibiu,” which was called “the most romantic region in the world of ecotourism” by Forbes Shops.

Now, with four trophies out of 41, Romania ranks first, along with Belgium and Spain, among the most honored destinations.

The apple awards are handmade by an American artist. The marble bases are cut by hand from a big marble block in Mexico and then carved and assembled in Los Angeles.

The gold, however, is not on the outside. Inside a crystal apple is the 23 karat gold, floating in a special bath intended to prevent the gold from tarnishing or changing color.