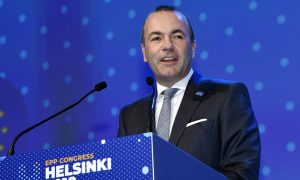 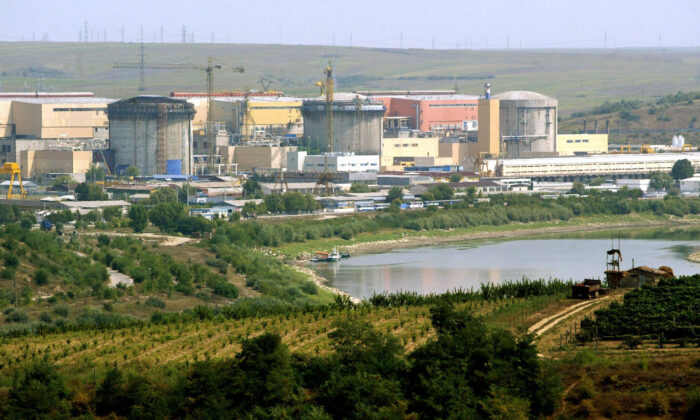 Romania Signs Nuclear Deal With US After China Agreement Canceled

Romania’s economy ministry agreed on Oct. 9 to cooperation and financing agreements with the United States for two nuclear reactors at its plant on the river Danube and refurbishment of one of its existing units, after a Romanian–Chinese partnership to add two new reactors at the plant ended earlier this year.

U.S. Secretary of Energy Dan Brouillette and Romania’s Minister of Economy and Energy Virgil Popescu initialed a draft agreement in Washington to cooperate on the expansion and modernization of Romania’s civil nuclear power program, the U.S. Department of Energy said in a statement.

The Chinese Communist Party’s (CCP) “control of every Chinese company, domestically and abroad, poses an existential danger,” U.S. Ambassador to Romania Adrian Zuckerman said at the signing event. “CGN, like Huawei and other communist Chinese companies, was indicted for its corrupt business practices.”

The agreement stipulates that the United States will provide expertise and technology for a multinational team to build two new nuclear reactors and refurbish an existing reactor at Romania’s Cernavoda nuclear power plant, the statement said.

The $8 billion project will be led by U.S. construction and engineering firm AECOM, with assistance from Romanian, Canadian, and French companies; Zuckerman said it will become an exemplar for the future.

Romania’s strategic partnership with the United States will ensure “the highest standards of safety,” and will contribute to the energy security in the region and economic growth, the statement said.

“This fulfills a strategic mission, identifying partners from NATO states” for two new reactors, Popescu said in a statement. “The agreement we signed … today allows us to have American technology and expertise for Units 3 and 4, but also for refurbishing Unit 1, while keeping Candu 6 technology.”

Nuclearelectrica manager Cosmin Ghita said the draft agreement, which set the main elements of project development and involved parties, will be sent to the European Commission for approval. Romania is a member of the European Union.

“Nuclear energy is crucial to ensuring Romania has a reliable, affordable, and emissions-free supply of electricity, and the U.S. nuclear industry looks forward to providing their expertise to advance this important energy source,” Brouillette said in the statement.

Popescu said in the statement, “Romania is taking a huge step forward in the development of its strategic partnership with the United States of America, in terms of the energy component, namely cooperation in the civil nuclear field.”

Popescu also met on Oct. 9 with the president and chair of Exim Bank (Export-Import Bank of the United States), Kimberly Reed, and secured a $7 billion financing package for energy and infrastructure projects, including nuclear energy, LNG (liquefied natural gas), roads and railroads, as well as gas storage, according to an Exim Bank’s statement.

“The United States-Romania bilateral relationship has never been stronger.”

Zuckerman also praised Romania for breaking with “the corrupt legacies of communist rule.”

“Romania has and continues to demonstrate its indomitable spirit as well as its unshakeable dedication to democratic values. This is Romania’s moment, and the new Romanian Renaissance is unfolding as we speak,” Zuckerman said.

CGN estimated the total cost of building two new reactors at about $8.5 billion (7.2 billion euros) in 2016, according to Profit.ro. That’s an increase in the official cost estimate at $7.7 billion (6.5 billion euros), which was based on a feasibility study conducted by Ernst & Young in 2012, Profit.ro reported.

The cost of refurbishing the existing reactor in the Cernavoda plant was estimated at $1.65 billion (1.5 billion euros), according to HotNews.

Nuclearelectrica, in which Romania’s economy ministry has an 80 percent stake, has a market capitalization of 4.95 billion lei ($1.2 billion).

The deal came under scrutiny at the beginning of this year after the United States blacklisted CGN in August 2019 for its activity to acquire advanced U.S. nuclear technology “for diversion to military uses in China.”

Bucharest signed a preliminary investors’ agreement with CGN in May 2019 to form a new joint venture company for an initial period of two years, to build two new energy units. The new company was to be 51 percent owned by CGN, and Nuclearelectrica would have held the rest, World Nuclear News reported.

The agreement was signed during the Social Democratic (PSD) government led by Prime Minister Viorica Dancila, which was ousted in October 2019.

In 2014, Nuclearelectrica, the Romanian company that currently operates the Cernavoda power plant, chose CGN as an investor for the project, according to Balkan Insight, and CGN was “the only bidder in the tender procedure organized by Nuclearelectrica.”

A memorandum of understanding on the construction of two new units was signed in 2015, Nuclearelectrica said in a statement.

Some Romanian officials raised concerns about the terms of the Chinese investment and the trustworthiness of Chinese know-how, said Andreea Brînză, vice president of The Romanian Institute for the Study of the Asia-Pacific, in her report in The Diplomat. The European Union “wants to limit foreign investments, especially Chinese ones, in European critical infrastructure,” so it may also be concerned with the Chinese investment in Cernavoda, Brînză wrote.

While Nuclearelectrica had initially planned to build the two reactors in partnership with six European energy firms, those firms withdrew one by one between 2010 and 2013, feeling the effects of Europe’s debt crisis at the time, as well as project delays.

The construction of the Cernavoda plant started in the 1980s (in the communist era); its first reactor was put into operation in 1996 and the second one in 2007. Both reactors were supplied by Atomic Energy of Canada (now Candu Energy).