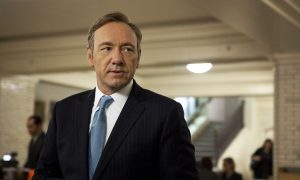 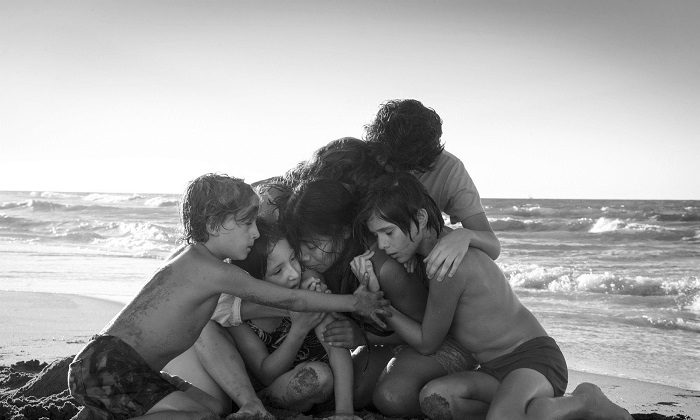 The film "Roma," by filmmaker Alfonso Cuaron, was nominated for an Oscar for both best foreign language film and best picture, on Jan. 22, 2019. (Carlos Somonte/Netflix via AP)
Film & TV

Though many expected “A Star Is Born,” Bradley Cooper’s tear-inducing revival of one of Hollywood’s most oft-remade show-business myths, to top nominations, Cooper was surprisingly overlooked as director and the academy instead put its fullest support behind a pair of smaller films by international directors.

With “Roma,” Netflix has scored its first best picture nomination, something the streaming giant has dearly sought. Cuaron tied the record for most decorated Oscar nominee ever for one film with four nods for his black-and-white, memory-drenched masterpiece. The Mexican-born director earned nods for direction, cinematography, original screenplay, and best picture. Only Orson Welles (“Citizen Kane”) and Warren Beatty (“Reds,” ″Heaven Can Wait”) have landed four.

Lanthimos’ period romp “The Favourite” resounded most in the acting categories thanks to its trio of actresses: Olivia Colman in the best actress category, and Rachel Weisz and Emma Stone in supporting.

Along with “Roma” and “The Favourite,” the nominees for best picture are: “A Star Is Born,” ″Green Book,” ″Black Panther,” ″BlacKkKlansman,” ″Bohemian Rhapsody” and “Vice.”

Marvel also joined the club with “Black Panther,” the first superhero movie ever nominated for best picture. Despite the overwhelming popularity of comic book movies, they had previously been shunned from Hollywood’s top honor, to the consternation of some industry insiders. After “The Dark Knight” was snubbed, the academy expanded the best picture category from five to up to 10 nominees.

There has also been some resistance among some academy members to Netflix films since the company typically bypasses movie theaters. Steven Spielberg has said Netflix films are more like TV movies and deserve an Emmy, not an Oscar. Netflix altered its policy for “Roma” and two other films, premiering them first in theaters.

Spike Lee was nominated for his first directing Oscar 30 years after a writing nod for 1989s “Do the Right Thing.” Notably left out of the category was Bradley Cooper, whose “A Star Is Born” landed eight nominations, including best actress for Lady Gaga, but was overlooked for Cooper’s direction. The other nominees were Lanthimos, Cuaron, Pawel Pawlikowski (“Cold War”) and Adam McKay (“Vice”).

Up for best actress are Yalitza Aparicio (“Roma”), Glenn Close (“The Wife”), Olivia Colman (“The Favourite”), Lady Gaga and Melissa McCarthy (“Can You Ever Forgive Me?”).

The nominees for best supporting actress are Amy Adams (“Vice”), Marina De Tavira (“Roma”), Regina King (“If Beale Street Could Talk”), Emma Stone (“The Favourite”) and Rachel Weisz (“The Favourite”). Tavira was something a surprise, while Claire Foy of “First Man” was left out.

The lead-up to Tuesday’s nominations was rocky for both the film academy and some of the contending movies. Shortly after being announced as host, Kevin Hart was forced to withdraw over years-old homophobic tweets that the comedian eventually apologized for. That has left the Oscars, one month before the Feb. 24 ceremony, without an emcee, and likely to stay that way.

Some film contenders, like Peter Farrelly’s “Green Book” and the Freddie Mercury biopic “Bohemian Rhapsody,” have suffered waves upon waves of backlash, even as their awards tallies have mounted. On Saturday, “Green Book” won the top award from the Producers Guild, an honor that has been a reliable Oscar barometer. In the 10 years since the Oscars expanded its best-picture ballot, the PGA winner has gone on to win best picture eight times.

The season’s steadiest contender—Cooper’s “A Star Is Born”—looked potentially unbeatable until it got beat. Despite an enviable string of awards and more than $400 million in worldwide box office, Cooper’s lauded remake was almost totally ignored at the Golden Globes. Still, “A Star Is Born” was the sole film to land top nominations from virtually every guild group.

The academy is reportedly planning to go host-less following Hart’s exit, something it has tried only once before in an infamous 1989 telecast that featured a lengthy musical number with Rob Lowe and Snow White.

The Oscars last year hit a new ratings low, declining 20 percent and averaging 26.5 million viewers. Though ratings for award shows have generally been dropping, the downturn prompted the academy to revamp this year’s telecast. Though initial plans for a new popular film category were scuttled, the academy is planning to present some awards off-air and keep the broadcast to three hours.