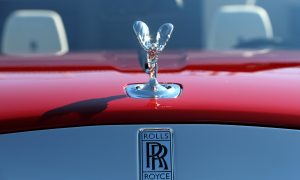 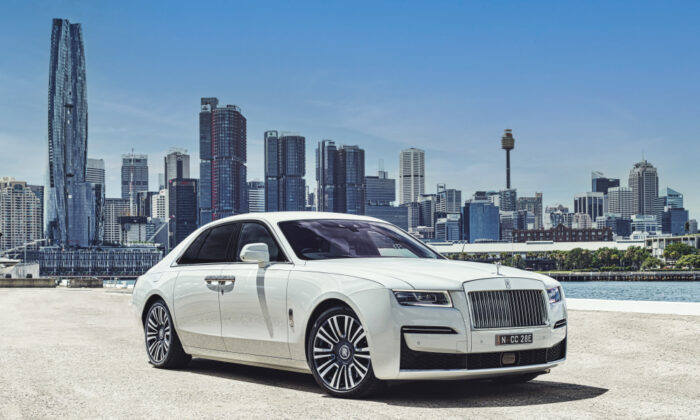 Rolls-Royce Ghost: A Whisper That Will Linger on the Road for Years to Come

In 2009, automobile company Rolls-Royce (RR) unveiled the Ghost at the Internationale Automobil-Ausstellung (IAA) in Frankfurt. It was the first of three subsequent luxury saloons designed and engineered by Andreas Thurner and Helmut Riedl.

And the rest, as they would say, is history.

Because seven years later, the Ghost has received an upgrade—the Ghost Series II—and reaffirmed the family would become the marque’s best-selling vehicle in its 116-year history.

To put things into perspective, RR introduced the “best car in the world,” the Phantom VII, about the same time. (If you’re still unconvinced, the Phantom family also birthed two stunning automobiles after the Drophead Coupé and the Phantom Coupé).

The Ghost, however, raced ahead.

To latch onto that feat, for “the next ten years” at least, said CEO Torsten Müller-Ötvös, RR announced the 2020 version of Ghost. Every RR fan worth their salt already knows what the saloon offers on, and off, the road.

So with the third produced in a short span of years, what can be the difference? The answer: everything but its iconic bonnet ornament, the Spirit of Ecstacy and its umbrellas.

The Past a Distant Memory

To start things off, let’s talk about performance. Both the 2009 model of the Ghost and the Series II came with a 6.6 litre twin-turbo V12 engine. It boasted power that took the car from zero to 96 kph in 4.7 seconds; on to an electronically governed top speed of 249 kph—a speed comparable to a Porsche 911.

A Guide to the Future

Technology is another, and there are plenty. Back then, the marque Ghost series was already one of the more driver-centric vehicles in the market, a credit to its all-rounded driver-assistance system and technology. Some of which includes the Night Vision Camera, Pedestrian Recognition, and High Beam Assistance.

The 2020 edition takes assistance—and safety—up a notch. Take, for example, the LED and laser headlights and the four-way panoramic camera system that, respectively, illuminate the road ahead for more than 600m and offer all-round visibility of the vehicle. These features extend the driver’s vision—protecting them from any potential blind spots and hazards on the road.

Safety, however, is just one enhancement. The Ghost 2020 has bolstered the level of cabin comfort on offer. Fine material aside, the Ghost’s refreshed all-wheel drive and steering abilities, as well as optimum 50-50 weight distribution help achieve that.

That, however, is only one part of the story. The bulk of the credit goes to RR’s new proprietary “Magic Carpet Ride”—or planar suspension—system.

The Ghost also has a data-driven and intelligent technology called the Satellite Aided Transmission. For the unacquainted, SAT is a real-time navigation system “used to anticipate how and when to shift gears” along various road conditions to achieve a seamless drive.

The carpet? It is a unique self-levelling, high-volume air suspension damper; an additional feature to the SAT which only Ghost (2020) holds. RR wittily named it: The Upper Wishbone Damper.

This combination essentially negates whatever the road throws at the saloon, giving both driver and passengers an even more stable and effortless ride that is as good as it gets today.

The adage “beauty comes from within” applies to the Ghost in focus.

To some, the beauty of Ghost may lie in its almost silent interior cabin. RR’s acoustic engineers architected the car in a way that silences noise from the outside. Passengers will only hear a soft undertone whenever the Ghost moves.

If you must know, that’s the whisper RR takes pride in.

For the elegant, though, the beauty is its Illuminated Fascia. Right on the passenger side of the gloss-finished dashboard, a Ghost nameplate is displayed surrounded by more than 850 twinkling stars and more than 90,000 illuminating laser-etched dots. A meticulous and ageless design that echoes and extends RR’s Starlight Headliner from the roof to eye-level.

Audiophiles will also be excited to know—the Ghost boasts an 18 channel and 1300W audio system. In a way, the car is also a motorised subwoofer.

Elsewhere, it carries a Micro-Environment Purification System (MEPS) that cleans and recirculates the air in less than two minutes whenever airborne contaminants are present.

(Talk about a breath of fresh air, RR.)

Only time will tell if the Ghost (2020) can hit the same heights as its predecessors. What we do know, though, is that this new Ghost is well on its way to spearheading the family, and RR’s legacy further.