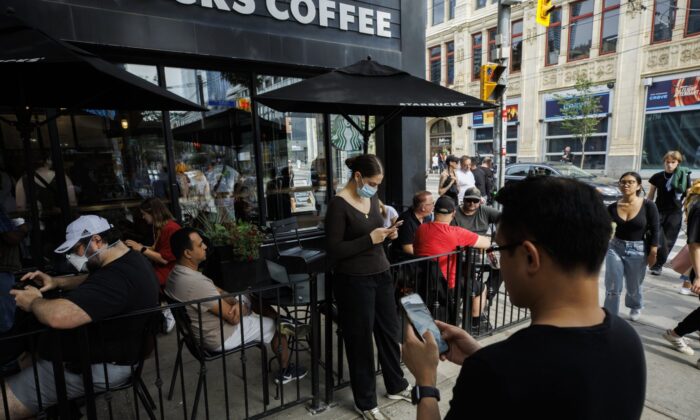 People use electronics outside a coffee shop in Toronto amid a nationwide Rogers outage, affecting many of the telecommunication company's services, July 8, 2022. (The Canadian Press/Cole Burston)
Canada

Rogers Communications Inc. will now spend $261 million to physically split its wireless and wireline networks following the July 8 outage and says it is not in a position to quantify the direct economic losses caused by the disruption.

The comments come in a Aug. 22 letter requested by the Canadian Radio-television and Telecommunications Commission (CRTC) that provides additional information pertaining to the outage which impacted million of Canadians.

The splitting of networks was previously expected to cost $250 million.

The length of time it will take to separate the networks was redacted, however, along with other details on the measure.

Rogers also says in the letter that it does not have the necessary data to determine the exact economic losses caused by the outage.

In the weeks after the outage, Rogers said it would be committing $10 billion over three years to increase oversight, testing and the use of artificial intelligence to ensure reliable service, and would spend $150 million on customer credits.