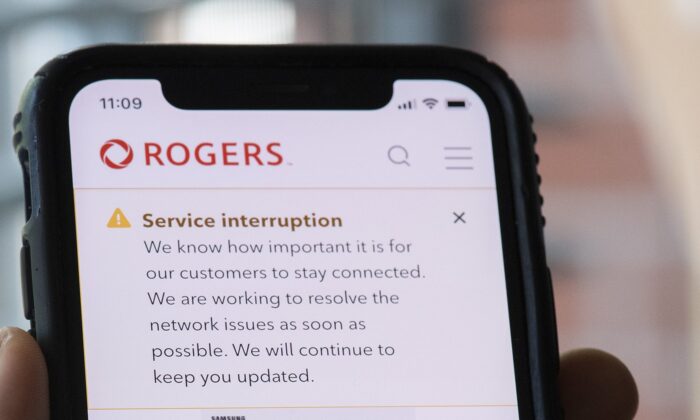 Rogers Communications Inc. has a new chief technology officer just a couple of weeks after the service outage that impacted millions of customers across Canada. A person looks at their cell phone displaying a Rogers service interruption alert in Montreal, July 8, 2022. (The Canadian Press/Graham Hughes)
Canada

Rogers Communications Inc. has a new chief technology officer just weeks after a service outage that crippled the company’s networks and affected millions of customers across Canada.

In a statement, Rogers confirmed that Jorge Fernandes will be stepping down from his role as chief technology and information officer, effective immediately.

McKenzie has extensive experience in the telecom industry, including in technical operations with Rogers and was previously president of Rogers for Business.

The change comes after the company pledged to make investments to avoid a repeat of the network outage.