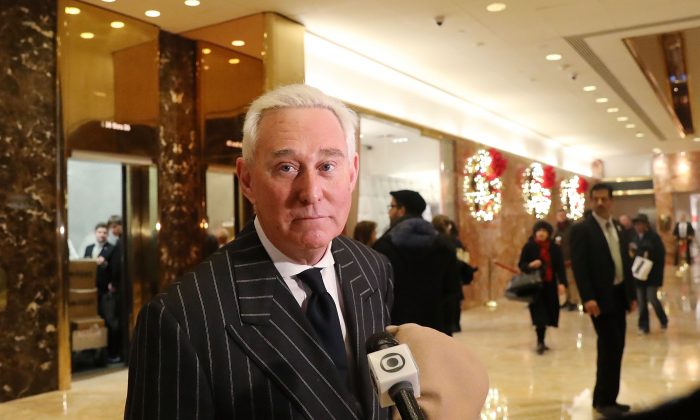 Roger Stone says he was banned again from Twitter after reappearing on the social media website following an announcement that Elon Musk would purchase the company.

“Well [expletive] I’m back on Twitter,” Stone wrote on Telegram on Thursday morning. “I’m anxious to see how strong Elon Musk’s commitment to free speech is.”

A Daily Beast article claimed that he “[tried] to come back to Twitter” and was “immediately re-banned.” But Stone, a longtime political operative, said Friday in a subsequent Telegram post said that he didn’t try to reinstate his old Twitter account, which had hundreds of thousands of followers before it was banned several years ago.

“You might note then rather than seek to get my existing Twitter account with almost 1,000,000 followers reinstated I purposely posted a new account which I knew would immediately be banned,” Stone said in criticizing the left-wing website and its writer, Zach Petrizzo.

He added, “Zach Petrizzo is so dumb that he reported that story which serves to point out my previous censorship.”

Stone also told the Daily Beast that “I posted a new account to prove a point” and added that “I look forward to whoever made the decision to suspend my account getting fired. Attn: Elon Musk.”

Stone also confirmed his new Twitter account was “suspended after just six hours,” saying that “so much for free speech” after the announcement that Musk would take over the company.

As Musk and Twitter announced Monday that the Tesla CEO would purchase the company for $44 billion, Musk said he would attempt to promote free speech on the platform. Closing the deal could take months. Previously, Musk has criticized Twitter for its content moderation policies and suggested this week that the company’s October 2020 decision to limit the reach of a New York Post article on Hunter Biden’s laptop was incorrect.

“Suspending the Twitter account of a major news organization for publishing a truthful story was obviously incredibly inappropriate,” Musk wrote on Tuesday in response to another post about the laptop story. With just about two weeks to go before the November election, Twitter blocked sharing of the NY Post report and locked the newspaper out of its account for more than two weeks.

“It was literally just a process error. This was not against them in any particular way,” Dorsey told the panel at the time. “If we remove a violation, we require people to correct it,” he added.

Other than Stone, conservative journalist Tracy Beanz, who was banned last year from Twitter, suggested on Telegram that she tried to re-join Twitter this week but was again banned.