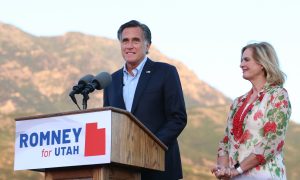 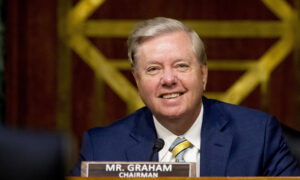 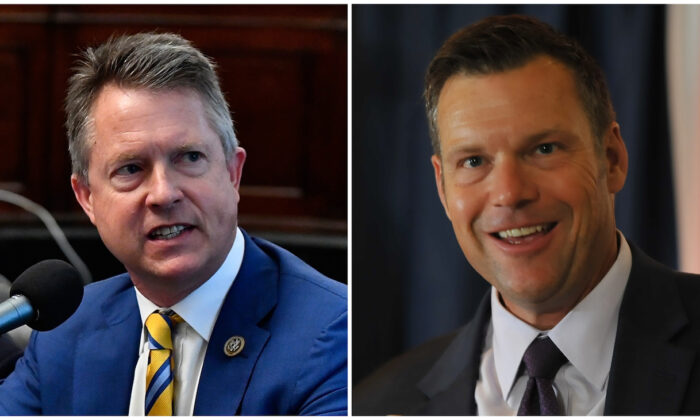 Marshall will face Democratic state Sen. Barbara Bollier, a former moderate Republican who switched parties at the end of 2018. Bollier is a retired anesthesiologist from Kansas City.

The race was among a number of Congressional primary contests on Tuesday in five U.S. states—Arizona, Kansas, Michigan, Missouri, and Washington. The outcomes will establish the nominees for the Nov. 3 elections to the House and Senate that will determine the balance of power in Congress.

Republicans are trying to keep their 53-47 Senate majority with competitive races in other states, including Arizona, Colorado, and Maine. Republicans have not lost a Senate contest in Kansas since 1932.

Establishment Republican leaders had hoped to avoid a nomination for Kobach over concerns that if he had won, Democrats could win over the seat and potentially gain control of the Senate. Senate Majority Leader Mitch McConnell (R-Ky.) had urged Secretary of State Mike Pompeo, a former Wichita-area congressman, to run for the nomination, but Pompeo declined.

Kobach is known for his support of strict immigration policies and lost the Kansas governor’s race in 2018, despite President Donald Trump’s endorsement at the time.

Following the vote, Marshall immediately called for party unity. At a watch party at a winery southwest of his central Kansas hometown of Great Bend, he told his supporters that the GOP’s Senate majority is at stake and said he was strengthened by the primary.

Trump in a call late Aug. 4 congratulated Marshall and called the race “incredible.”

“You have my total support, you know it,” Trump said. The president had opted out of endorsing any candidate in the race, despite a push from some Republicans to back Marshall.

Marshall is currently a member of the U.S. House representing Kansas’s 1st Congressional District. Prior to serving in Congress, he served in the U.S. Army reserve from 1984 to 1991, and started a medical practice, working as an obstetrician.

Incumbent Sen. Pat Roberts (R-Kan.), who was first elected in 1996 and has served four terms, is retiring. Roberts endorsed Marshall on July 21. The endorsement came after Marshall had garnered endorsements from a number of organizations, including the U.S Chamber of Commerce, the Kansas Farm Bureau, the National Right to Life Committee, and Kansans for Life. Marshall also had an endorsement from Bob Dole, the former U.S. Senate majority leader and 1996 GOP presidential nominee.