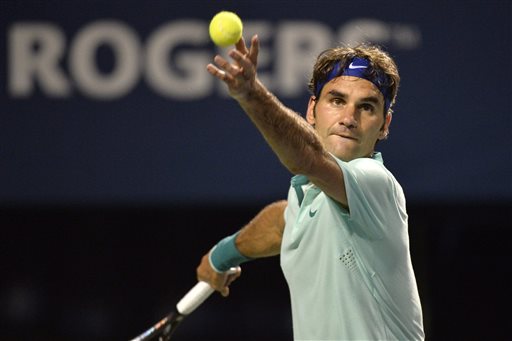 The August 9 game in Toronto is slated to start at 8 p.m. EDT.

The game will be broadcast on ESPN 2 in the United States and CBC in Canada.

Live streaming will be available via Watch ESPN and CBC.

Federer and Lopez have played each other 10 times, spanning back to 2003. Federer has won every single match, although some have been incredibly close. They last played in 2012 in Dubai, and have only played three times since 2008.

The winner of the match will take on the winner of Grigor Dimitrov and Jo-Wilfried Tsonga, who are playing earlier in the day. Tsonga has been particularly impressive in the tournament, taking out No. 1 Novak Djokovic in the third round and No. 8 Andy Murray in the quarterfinals, 7-6, 4-6, 6-4.

The Rogers Cup final will be on Sunday.