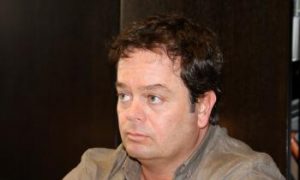 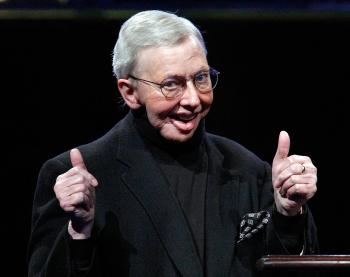 By Annie Wu
Print
Roger Ebert, the film critic, announced Jan. 3 that 24-year-old blogger Ignatiy Vishnevetsky will be the second co-host for his upcoming public television show Ebert Presents at the Movies.

The show, which premieres Jan. 21, will be co-hosted by Christy Lemire of The Associated Press (AP).

Ebert posted the news on his Chicago Sun-Times blog, the newspaper publication for which Ebert reviews films.

Vishnevetsky is a critic and essayist for MUBI.com, an online streaming site for “auteur” films. He is also co-founder of Cine-File.info, an online guide to independent films in Chicago.

Lemire has worked with the AP for 12 years and was its first full-time film critic. She co-hosted At the Movies with Richard Roeper in 2007 after Ebert withdrew from the show when he lost his voice due to thyroid cancer surgery complications. Ebert now speaks through a computer voice program.

The new show is being produced in the same studio where Ebert and Gene Siskel taped their Sneak Previews more than 30 years ago, when Ebert began his film review career on TV.

“It was pretty emotional for me, walking down the same corridors, into the same studios, even meeting some of the same camera operators, editors, and stagehands we worked with,” Ebert said on his blog.

Ebert is co-producer of the show and is also scheduled to host special weekly segments.