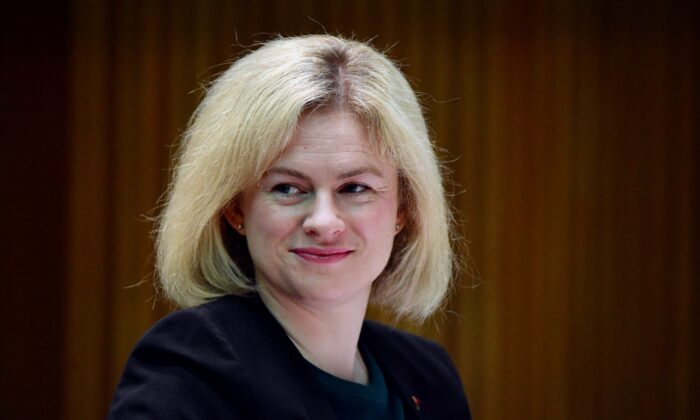 An Australian Liberal senator has defended the US Supreme Court’s overturn of the Roe v Wade ruling that largely legalised abortion, saying the decision is “profoundly empowering” for democracy despite being largely “misunderstood” by the public as the ruling reignites the abortion debate in Australia.

It comes after the US Supreme Court, in a 6-3 ruling powered by its conservative majority, upheld a Mississippi law that bans abortion after 15 weeks of pregnancy.

Australia’s Prime Minister Anthony Albanese has criticised the overturn, calling it “a setback for women and their right to control their own bodies and their lives.”

The sentiment was echoed by the federal Minister for Women Katy Gallagher, who told ABC Radio National on Monday the ruling reinforces “the need to remain vigilant because hard-fought-for wins before our Parliament can be taken away easily.”

However, outgoing Queensland’s Liberal Senator Amanda Stoker argued that the US Supreme Court’s decision is “misunderstood” because the ruling “does not mean abortion has been banned in the US.”

“It simply means that state parliaments, elected by and accountable to the citizens of that state, will be able to make their own decisions on the issue, in line with the values of those citizens,” Stoker told The Epoch Times.

“That is profoundly empowering for the democratic process.”

The Liberal senator, a former prosecutor at Queensland’s Director of Public Prosecutions, noted that overruling Roe v Wade “corrects the error” made in 1973.

She said it was when the US Supreme Court “found a right to abortion in the Constitution even though it was not stated anywhere in the document.”

“Such judicial activism takes authority to make decisions on contentious matters like abortion away from citizens and puts it in the hands of unelected, unaccountable judges,” Stoker added.

Associate Justice Samuel A. Alito wrote on behalf of the majority that Roe v Wade and its later reaffirmation, Planned Parenthood v. Casy, were “exceptionally weak” and “an abuse of judicial authority.”

“The Constitution does not prohibit the citizens of each State from regulating or prohibiting abortion. Roe and Casey arrogated that authority. We now overrule those decisions and return that authority to the people and their elected representatives,” he stated.

In the wake of the overruling of Roe v Wade, hundreds of Australians on Monday gathered in front of the US Consulate in Perth, Australia, as part of nationwide “solidarity abortion rights rallies.”

Stoker said, “the tragedy of the polarised nature of the public discussion of this issue is that as a nation, we miss the opportunity to engage with the underlying factors that make abortion appealing to some.”

“Instead, we should ask: how can we better support women and families to confidently proceed with a pregnancy, even if were unplanned?”

“That is a conversation that would make our society better.”

Australia has fully decriminalised abortion in all states, with South Australia becoming the last jurisdiction to remove abortion from the criminal codes in 2021.

Under Victoria and Queensland’s law, women are allowed to have an abortion up until the child’s birth based on their physical, psychological and social circumstances.

Stoker warned such “radical” abortion laws have “very few safeguards to ensure it is not administered as an act of coercive control or as a further disadvantage to an already vulnerable woman.”