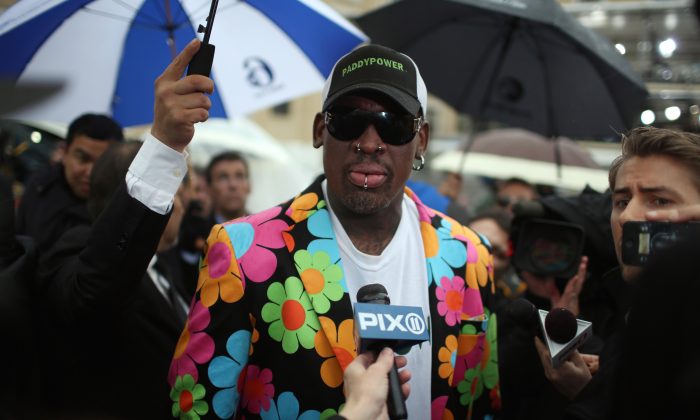 Rodman FBI informant: After the former Chicago Bulls star went to North Korea, Rodman was contacted by the FBI.

“I have been contacted by the FBI and I met with them. They wanted to know what went on and who’s really in charge in North Korea,” Rodman told the Miami Herald.

Rodman has sparked controversy—first for traveling to North Korea, one of the most restricted countries in the world, to film a basketball documentary, then for vowing to go on vacation with the country’s dictator, Kim Jong Un, in August.

That he has been contacted by the FBI is the latest revelation coming from his trip.

“I’m not a total idiot,” said Rodman. “I know what Kim Jong-un is threatening to do regarding his military muscle. I hope it doesn’t happen because America will take whatever actions to protect America and our allies.”

Rodman said on a personal level that some people don’t understand him, but he’s able to maintain a peaceful attitude.

“We all going to find a way to get along and keep peace,” he said.

Rodman told Gossip Extra at the same charity event that he didn’t know what he and Kim Jong Un were going to do on the August trip. “We have no plans really, as far as what we’re going to do over there, but we’ll just hang and have some fun!”

One of the organizers of the event called Rodman “the U. S. ambassador to North Korea.”