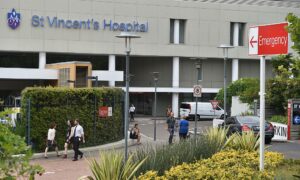 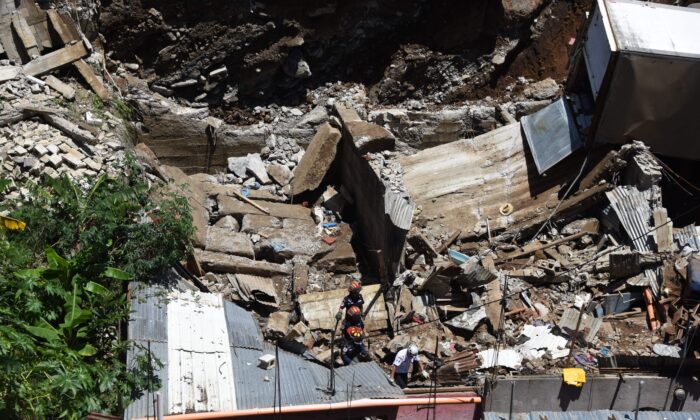 Rescuers work on the site of a landslide in the Santa Isabel settlement, Villa Nueva municipality, 12 miles south of Guatemala City on Sept. 7, 2016. (Johan Ordonez/AFP via Getty Images)
Americas

GUATEMALA CITY—Authorities in Guatemala said Wednesday that four people were killed and 10 injured after an enormous rock loosened by days of rain fell from a hillside onto eight homes.

De León said rescue workers were inspecting the damaged homes Wednesday to see if anyone was still trapped in the structures.

The rock that fell on homes in the town of San Marcos La Laguna is believed to weigh several tons. The victims found so far include a baby, and were all members of one family in one of the homes.