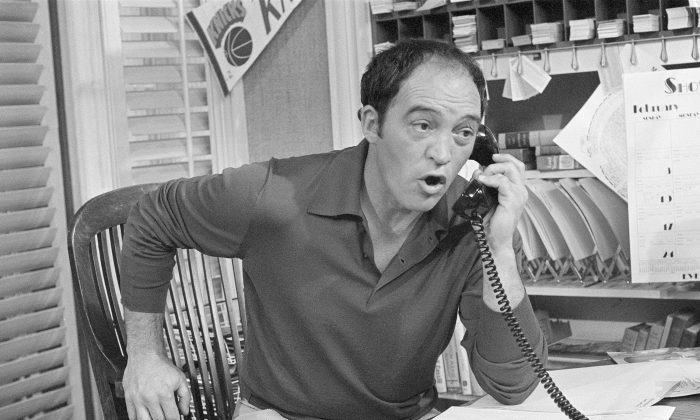 In this March 18, 1980 file photo, actor Joe Santos appears on the set of the NBC-TV comedy series "Me and Maxx," in Los Angeles. Santos, who is best known for his role as Lieutenant Dennis Becker on "The Rockford Files," died Friday, March 18, 2016 in Santa Monica, Calif., after suffering a heart attack earlier in the week. He was 84. (AP Photo/Wally Fong, File)
Entertainment

NEW YORK—Joe Santos, who played Lieutenant Dennis Becker on “The Rockford Files,” has died at 84.

Santos died Friday in Santa Monica, California, after a heart attack earlier in the week, according to his agent Alicia Beekman.

Santos’ career spanned more than four decades, from a guest shot on “Naked City” in the early 1960s through a recurring role on “The Sopranos.”

But he was best known as Lieutenant Becker, the pal and grudging helpmate of L.A. private eye Jim Rockford (James Garner) on NBC’s “The Rockford Files,” which aired from 1974 to 1980 and scored him an Emmy nomination.

The New York-born actor also had guest roles on such series as “Magnum, P.I.,” ”Miami Vice” and “Hardcastle & McCormick.”

Santos most recently was seen in the 2015 film “Chronic.”