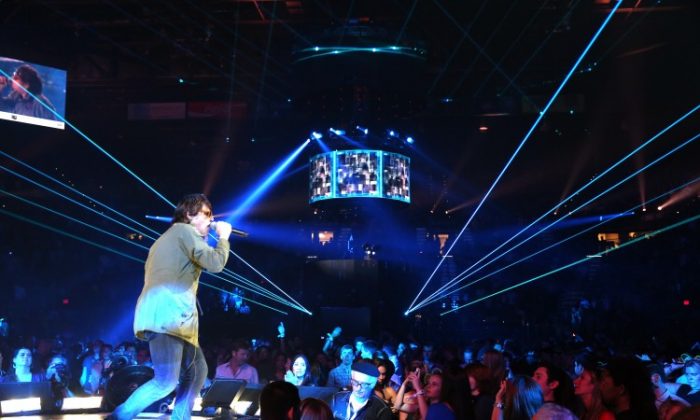 Rock band My Chemical Romance said it is splitting up after 12 years together, the group said on its website.

“Being in this band for the past 12 years has been a true blessing,” the statement from the band reads. “We’ve gotten to go places we never knew we would. We’ve been able to see and experience things we never imagined possible. We’ve shared the stage with people we admire, people we look up to, and best of all, our friends.”

But, the band added, “like all great things, it has come time for it to end.”

My Chemical Romance then thanked its fans for the support.

In the past 12 years, the band produced four highly regarded albums, several EPs, and two live albums. It sold around 4.5 million records and 3.5 million singles.

The New York Times reported that the split was sudden and unexpected, and it was unclear why the band chose to break up.

Gerard Way, the group’s singer, wrote: “I can assure you, there was no divorce, argument, failure, accident, villain, or knife in the back that caused this, again this was no one’s fault, and it had been quietly in the works, whether we knew it or not, long before any sensationalism, scandal, or rumor.” He posted a 2,200 word essay about the breakup on Sunday night.