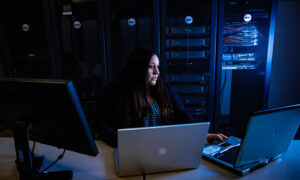 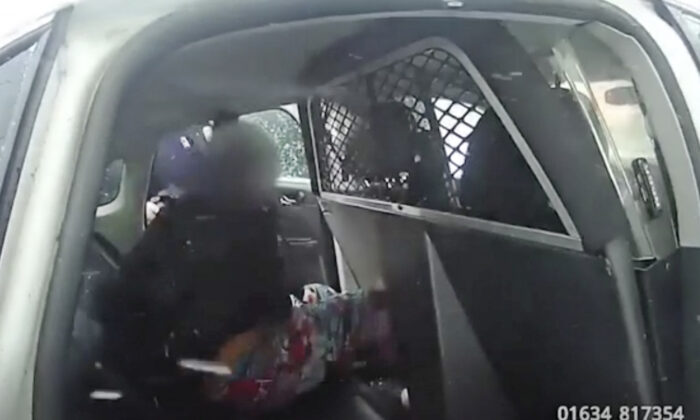 Rochester Mayor Lovely Warren has ordered the suspension of police officers who were involved in using pepper spray to restrain a young girl, the city announced late Monday.

The city did not specify how many police officers were suspended. The suspensions will continue until an internal police investigation is completed.

“What happened Friday was simply horrible, and has rightly outraged, all of our community,” Warren said in a statement.

“Unfortunately, state law and union contract prevents me from taking more immediate and serious action. I will lead the charge that these laws be changed as part of our response to the Governor’s Executive Order 203,” she added, referring to an executive order about policing reform that New York Gov. Andrew Cuomo signed in June 2020.

“And, we will be asking our state legislators to join me, and make numerous changes in Civil Service Law that would allow cities to more quickly issue discipline in cases like this one,” Warren added.

Police released body camera footage on Sunday of the Friday incident that showed officers trying to restrain the girl.

Deputy Police Chief Andre Anderson told reporters at a news conference on Sunday that officers were responding to a family disturbance call, and that the girl was suicidal.

The police body camera videos showed that the girl, who appears to be black, was restrained on the ground in a snowy scene. At one point in the video, she asks them to remove the snow from her, complaining of the cold.

“You had your chance,” one officer tells her, while another shouts, “Get in the car now!”

Throughout the video, the girl was yelling “I want my dad!” as she resists getting into the patrol car.

“This is your last chance. Otherwise pepper spray is going into your eyeballs,” an officer tells her, adding, “I will call your dad.”

An officer then used pepper spray on the girl to restrain her, the department said on Sunday.

The girl was later taken to Rochester General Hospital and released to her family.

Warren met with the interim police chief, Cynthia Herriott-Sullivan, before announcing the suspension of the officers.

New York Attorney General Letitia James said on Monday that her office was “looking into” what happened. She called the incident “deeply disturbing and wholly unacceptable.”

President of the Rochester Police Union Mike Mazzeo said Monday that although the arrest had not been an ideal situation, there had been no violation of conduct by police during the incident.

“When it’s determined that she needs help, and there’s a mental hygiene, they have to be restrained. If that’s not going to be the policy, then we need to change them. But they have to operate on what they have and what they can utilize,” he said of the police officers.

“I’m not saying there’s not better ways to do things, but let’s be realistic here in what we’re facing … It’s not TV, it’s not Hollywood.

“I think it’s clear that there needs to be an overhaul of city government, behavioral health, school district, and the health system. But the only changes being called for is policing. Very narrow vision for what is needed in this city!” he said.

When asked by a reporter about how police were being considerate of the mental impact of their actions on the girl, Mazzeo responded, “How about the traumatic situation that she’s been dealing with. Did you listen to the words that her mother was saying to her? That’s what’s sad. That’s what’s disturbing.

“Officers go home and say, ‘How does that girl have a chance in life.’ What’s that officer supposed to do?” he asked.

“There is no conceivable justification for the Rochester police to subject a 9-year-old to pepper spray, period,” NYCLU Executive Director Donna Lieberman said Monday.

Protesters, among them advocates for Black Lives Matter, marched to the city’s police station on Monday over the incident.

The latest incident comes months after Rochester saw protests over the death of Daniel Prude, a black man who was arrested in March 2020 when he was suffering a mental episode. Prude stopped breathing after officers put a spit guard over his head and pinned him to the ground face down for about two minutes to restrain him outside, in the snow.

A medical examiner concluded that Prude’s death was a homicide caused by “complications of asphyxia in the setting of physical restraint.” The report lists excited delirium and acute intoxication by the recreational drug phencyclidine, or PCP, as contributing factors.

After Prude’s death, Warren suspended seven police officers over the incident, and fired the police chief, La’Ron Singletary. Warren then named Cynthia Herriott-Sullivan as the first woman to run the department.