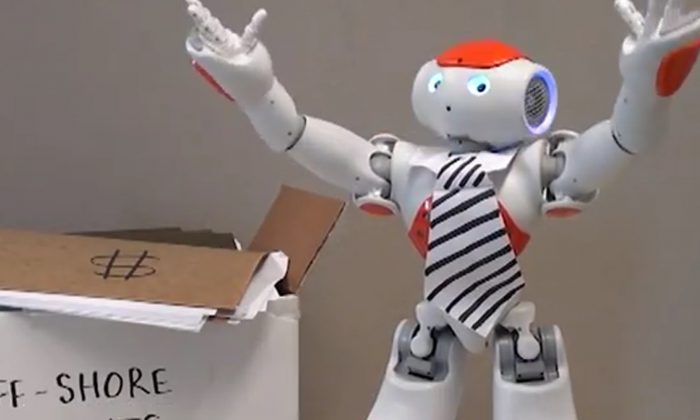 Robots Moving Up the Corporate Ladder

Imagine a boss who never gets sick, who knows how employees are feeling before they do, who can calculate the likelihood of a task being completed successfully by a given employee.

A recent study by Human Computer Interaction (HCI) labs at the University of Manitoba in Winnipeg, Canada, looked at the effectiveness of robot bosses.

Although the human-robot interaction (HRI) obedience study showed that people are more likely to complain when given a tedious task by a robot, it also showed that 47 percent of participants did complete the task, even after they complained and argued with the robot. This in spite that the orders were given by a small, child-like, metallic humanoid.

With the historical data of employees’ attendances, personality types, performance reviews, and résumé, robots connected to the cloud can run algorithms on this “big data,” helping them determine the best candidate for a given job.

Instead of being provided a security fob, employees would be provided with wearable devices that could monitor everything from heart rate, to blood pressure, to sugar levels. This would provide the robot manager with early warning signs that its employees are feeling stressed.

Robots could prove to be a viable option for positions such as supervisors and managers, especially in factories. Other than requiring occasional maintenance, robots wouldn’t get sick, wouldn’t require a vacation, and wouldn’t ask for a raise.