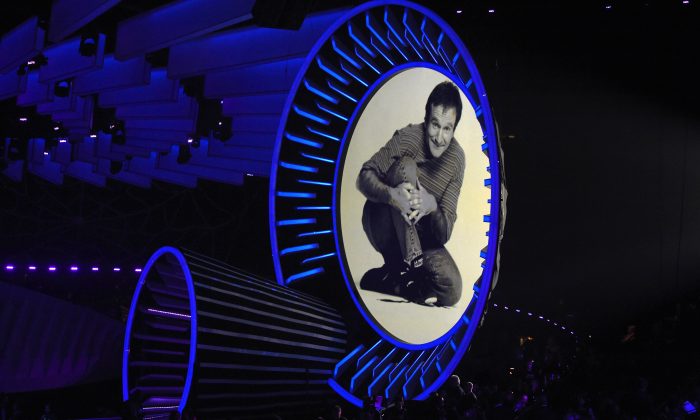 At this year’s MTV Video Music Awards, two very well-reported recent deaths were recognized with short tributes. On Sunday August 24, 2014, MTV payed tribute to the late actor Robin Williams, as well as Michael Brown, a man shot during the protests in Ferguson, Mo..

Just before the commercial break, two thirds into the show, without any introductions, or presenters taking the stage, or prior messages, the awards show was paused for a photo montage of Williams, who reportedly committed suicide on August 11, 2014.

The compilation of photos, which lasted about 30 seconds, was accompanied by Coldplay song “A Sky Full of Stars.”

Also earlier in the evening the VMA’s ” observed the death of Michael Brown and the events in Ferguson, Mo. with a moment of silence,” reported Billboard.

Watch the video of the tribute here.