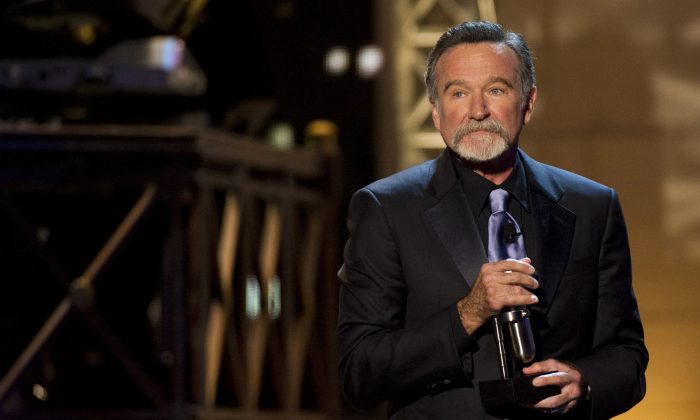 Robin Williams didn’t leave a suicide note as he killed himself by hanging, according to a report.

Officials had said on Monday that they suspected Williams died by asphxyia, or suffocation, but didn’t specify how exactly the star actor died.

TMZ reported on Tuesday, citing sources, that Williams committed suicide by hanging himself in the main house.

The sources said that the family hasn’t heard about a suicide note and it doesn’t appear that the comedian left one.

Marin County, California investigators said in a statement that emergency officials responded to the Tiburon, CA home at around 11:55 a.m.

Officials said his cause of death was “suicide due to asphyxia,” adding “But a comprehensive investigation must be completed before a final determination is made.”

Mara Buxbaum, Williams publicist, said in a statement that the actor had been dealing with depression.

“Robin Williams passed away this morning. He has been battling severe depression of late. This is a tragic and sudden loss,” she said. “The family respectfully asks for their privacy as they grieve during this very difficult time.”

Williams’ wife Susan Schneider, 48, released a statement following the death. “This morning, I lost my husband and my best friend,” she said.

“The world lost one its most beloved artists,” she added.

Williams’ only daughter, Zelda, an actress, posted a tribute to her father on Twitter.

She quoted French writer Antoine De Saint-Exupery– “You–you alone will have the stars as no one else has them … In one of the stars I shall be living. In one of them I shall be laughing. And so it will be as if all the stars were laughing, when you look at the sky at night … You–only you–will have stars that can laugh.”

She added a note on the bottom: “I love you. I miss you. I’ll try to keep looking up. Z”