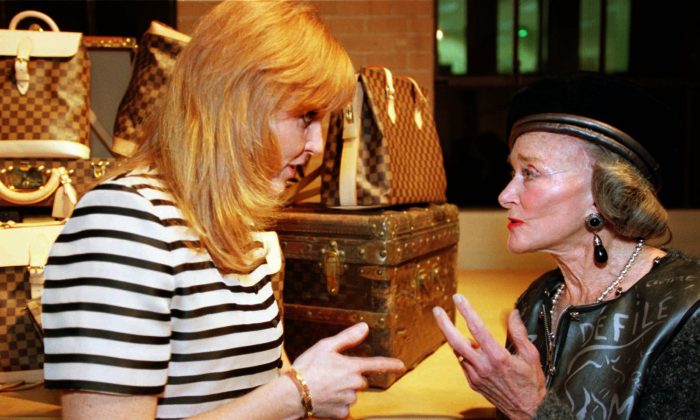 Robin Williams passed away on August 11, 2014 and people are wondering about his parents.

Both his mother and father passed away before him. Laura McLaurin, his mother, died in 2001. Robert Fitzgerald Williams, who was a senior executive at Ford Motor Company in charge of its Midwest region, died in 1987.

Williams was born in Chicago but he and his family moved to metropolitan Detroit when he was five or six years old, he recounted once to the Chicago Tribune. He attended school at Detroit County Day School while his family lived in Bloomfield Hills. But his “tightly wrapped” persona from private school began loosening when the family moved to Marin County, California just before his senior year in 1968.

“It was only before his senior year in 1968, when his family moved to trendy Marin County, Calif., that young Robin began to unwind with the much looser California crowd. The good vibrations from the summer of love in San Francisco were still around,” the Tribune reported.

Michigan left its impression on Williams, though he lived in California for most of his life after the family moved there. People Magazine reported back in 1991 that Williams character in Dead Poet’s Society was largely based on a teacher he had had at school in Detroit.

Williams mother often spoke of her son, Bill Howard, who had worked for her for years, told the Los Angeles Times.

He also found that Williams was a funny guy. “He was always joking around,” Howard said. “He used to say we looked like each other. I’d say ‘Is that good or bad?’ and he’d say, ‘Your choice.'”

But Howard noticed something else about Williams. “He always had this sadness about him,” he said, “this melancholy.”

Williams never spoke much about his parents but did recount to the Tribune how his father got angry when Williams bought a foreign car. “I remember I bought a four-wheel drive Toyota, and he went, ‘By God, you buy American!’ ‘But, Dad, they have dead rats in their engines.’ ‘Shut up and buy American.'”

Williams also recounted in the interview how his mother, who friends said was very close to her son, went with him on a trip to England and met Prince Charles and Princess Diana. Mrs. Williams said to the princess, “‘I would love to meet your husband,’ whereupon Diana tapped Charles on the shoulder and said, ‘This is Robin`s mother.’ Charles said, ‘You should be very proud of your son-he`s brilliant.’ And Mrs. Williams, more proud of her son than impressed with meeting the future king of England, replied, ‘Thank you, I am, and you`re a wonderful host.'” Robin laughed at the memory.

“Robin was very shy as a child,” Mrs. Williams said. “His father was strict, and I think the turning point for Robin came when he left Detroit Country Day School, which was a bunch of boys wearing very proper white shirts, and we moved to Marin. He went to Redwood High School and began bringing home some pretty wild and wooly friends. I don`t think they would have been drawn to him if he hadn`t been pretty wild himself. Later, his exposure to improvisation with the Committee was very exciting for him. People would call out a single line, and he was very good at improvising from just that.

“I feel Robin was put on Earth to make us laugh. You know, at the Yale Drama School, I’m told they use Robin and Steve Martin as perfect examples of the fool in a king`s court. The fool has to be brilliant, well-informed and able to make the king laugh without getting his head chopped off. That’s Robin.” Robin’s mother said her son regularly made her laugh, calling her up and impersonating others.

“He`s very good at voices, you know. He can do a little child very well. Sometimes, I`ll be rushing to get out of the house, and I`ll get this call (little girl`s voice): `Hello, this is Candy. My mommy isn`t home. Can I come over and play with you?` And I get very impatient; he still can fool me. He also has a key to my house, and sometimes I`ll call, and he`ll answer the phone and impersonate the help, telling me that Mrs. Williams has moved away.”