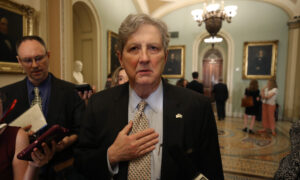 Sen. John Kennedy Says 'I Was Wrong' in Saying Ukraine Might Have Hacked DNC
0 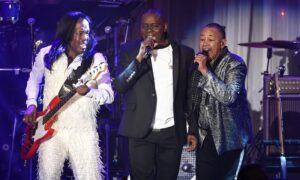 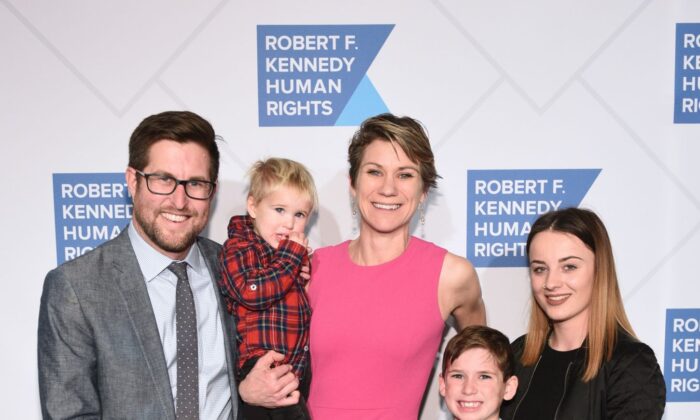 The granddaughter of former Sen. Robert F. Kennedy and her young son were both reported missing by the influential political family in Chesapeake Bay, Maryland.

A Kennedy family spokesperson told CBS that Maeve Kennedy McKean, 41, and her 8-year-old son, Gideon, were last seen in a canoe off Chesapeake Bay on Thursday evening.

“At this time our family asks for privacy and that everyone keep Maeve and Gideon in their prayers,” the family said in a statement to the network.

They had rowed a canoe out at 4 p.m. to retrieve a ball that was kicked into the water by children in the yard, according to her husband, David McKean.

“They just got farther out than they could handle, and couldn’t get back in,” husband David McKean told the Washington Post.

Kennedy McKean is the granddaughter of Robert F. Kennedy and is the daughter of Kathleen Kennedy Townsend, who had served as Maryland’s lieutenant governor.

Emergency services told the paper that they received calls at 4:30 p.m. about two people in a canoe trying to return to the shore. Later, an overturned canoe matching the same one that went missing was retrieved, according to the Maryland Department of Natural Resources police.

Maryland Gov. Larry Hogan confirmed the two went missing during the start of a news conference on Friday.

“I spoke with the former Lieutenant Governor and, on behalf of the people of Maryland, I expressed our most heartfelt sympathies to her and to her entire family,” he said during the conference.

Officials said the conditions were windy at the time.

“At 4:30 p.m., our 911 Center received a call from a concerned citizen,” Anne Arundel County Fire Department said in a statement to the Post. “The caller stated he saw two people in a small canoe or kayak drifting in the bay. A water rescue assignment was dispatched to the area bringing marine resources to the area. Firefighters arrived at the pier and confirmed the sighting of two people in a small vessel several miles from the pier drifting south in the Chesapeake Bay.”

The Kennedy family has a history of tragic incidents, including the deaths of Robert F. Kennedy and former President John F. Kennedy. The president’s son, John F. Kennedy Jr., and his wife died in a plane crash in July 1999.

Robert F. Kennedy’s son, David, died of a drug overdose in 1984, and another son, Michael, died in a skiing accident in the late 1990s.

Last year, Saoirse Roisin Kennedy Hill, who is also the granddaughter of Robert F. Kennedy, died at the family compound in Massachusetts.