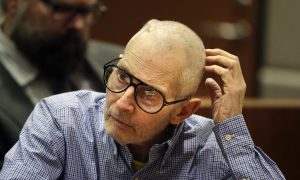 Witness: 'It Was Her or Me,' Durst Said About Slain Friend
0 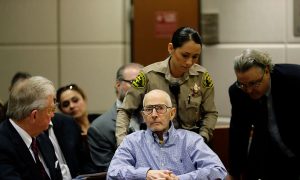 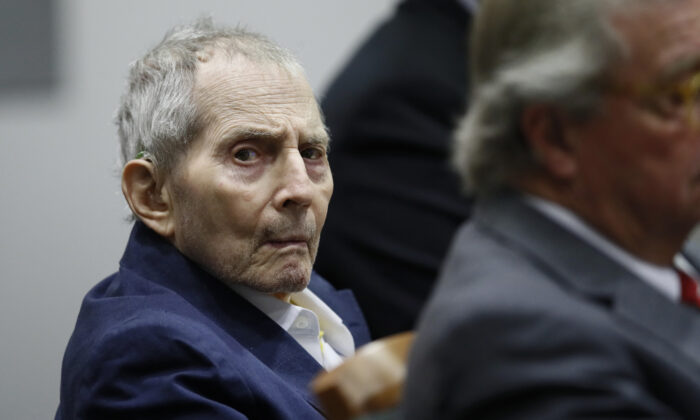 LOS ANGELES, CA - MARCH 04: New York real estate scion Robert Durst appears in court for during opening statements in his murder trial on March 4, 2020 in Los Angeles, California. The 76-year-old defendant, charged with murdering a friend in December 2000, has been behind bars since March 14, 2015. (Photo by Etienne Laurent -Pool/Getty Images)
Viewpoints

Robert Durst: Is He a Serial Killer?

The strange little man currently on trial for a 2000 murder in Los Angles admits he has killed before. He is now charged with putting a 9-millimeter bullet into the head of his longtime friend, Susan Berman, a woman who authorities believe knew his deepest, darkest secrets.

In 2001 in Texas, this man admitted he shot his aggressive next-door neighbor in the face. The jury believed his self-defense claim and acquitted him, even though the dead man’s dismembered body parts, found floating in Galveston Bay, did not include the head, which would have either proved or disproved the killer’s story.

This same defendant is also suspected in the disappearance and murder of his first wife, Kathleen McCormack Durst, in New York back in 1982. But since no body was found, no charges were ever filed. Oh, and homicide detectives in both Vermont and two locations in California believe he might have also been involved in the murders of three young women between 1971 and 1997.

Robert Durst, 76, connected to one of the largest real estate fortunes in America, is suspected by some to be America’s most wealthy serial killer.

Durst has lived much of his adult life wandering the country, sporadically living in low-rent apartments and operating under stolen identities in at least eight states. Sometimes, Durst posed as a woman, cross-dressing to look the part. He admits he is a longtime drug user and was disinherited by his family. Patriarch Seymour Durst gave his oldest, erratic son a massive nest egg to go away. Robert’s current net worth is reported to be $100 million.

During interviews for a 2015 HBO documentary on his troubled life, filmmakers caught Durst on tape muttering to himself off-camera saying, “What the hell did I do? Killed them all, of course.” That admission prompted police to arrest Durst for the murder of Susan Berman. He was hiding in New Orleans at the time, reportedly preparing to flee the country. Since that arrest, Durst has been in custody awaiting trial for the murder of his friend.

The theory of California prosecutors today is that everything goes back to the suspected murder of Durst’s beautiful med-school student wife, Kathleen, in 1982. When the tabloids breathlessly reported her disappearance (“Wife Missing: 100G Reward”) and Robert became a prime suspect, it was Susan Berman who stepped up to act as Robert’s spokesperson, defending him as a grieving husband. Prosecutors maintain that she had been Durst’s most trusted confidante for decades. Berman, prosecutors believe, knew where the bodies were buried and was the primary link to the truth about Durst’s demons.

The search for Kathie Durst went cold for years. But in late 2000, new information surfaced, and New York detectives contacted Berman to say they needed to reinterview her. Berman told her friend “Bobby” about the pending appointment with police, and just a few days before the interview, she was executed in her home on Dec. 24, 2000. Police received a cryptic note informing them there was a “cadaver” at Berman’s address in “Beverely Hills.” The misspelling of “Beverly” was later found to be a habit of Durst’s. His lawyers now concede Durst wrote the note—but they maintain his innocence.

After Berman’s execution-style murder, Durst disappeared, secretly moving to Galveston, Texas and living as a mute woman. Less than a year later, Durst killed and dismembered his elderly neighbor, Morris Black, who had reportedly discovered the real estate heir’s true identity. After Durst was charged in that killing and was out on bail, he vanished once again. He was soon arrested in Pennsylvania while shoplifting items he could easily have paid for and returned to Texas to stand trial.

Naturally, Durst’s inherited wealth allowed him to hire the best, most creative defense lawyers. Attorney Dick DeGuerin won Durst the acquittal in Texas, and DeGuerin is once again representing him in the California case. This time, it will be an uphill battle. Longtime friend Nick Chavin has already told the court Durst confessed to him saying, “I had to. It was her or me; I had no choice.”

Of course, Durst confessed to the Texas killing, too, and a jury let him go. For a man worth $100 million, paying for another jury trial is a risk worth taking.