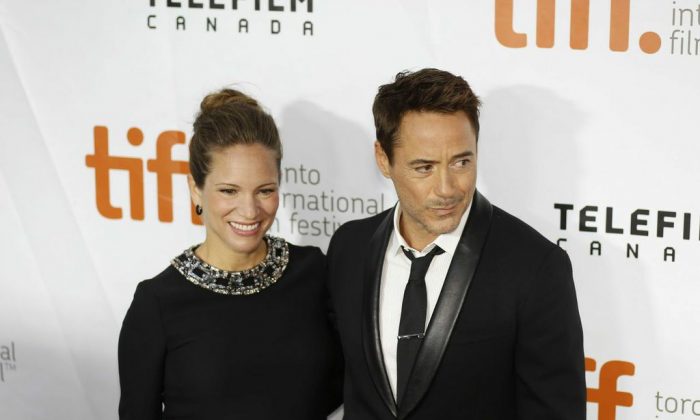 Robert Downey Jr. Says at ‘The Judge’ Premiere His Wife Is His Advisor

TORONTO—One of Hollywood’s most recognized faces and the man who’s played The Ironman, Sherlock, and Charlie Chaplin, and who has garnered two Oscar nominations,  surely must have some good advisors around.

During the red carpet premiere for his latest drama, “The Judge,” Robert Downey Jr. said that he gets advice from observing everyone around him, but the best advice he gets from his wife, Susan Downey.

“The Judge” was this year’s opening film at the Toronto International Film Festival (TIFF).

“I know that the relationships in my life whether it’s been professional or personal or obviously my primary one,” he said referring to his wife who stood right by him, “I feel like advice is given all the time in the form of action, of the way other people behave and conduct themselves,” Downey said.

Then Downey Jr. turned to his wife and said: “You are a walking piece of advice,” to which she responded: “Oh, that’s good.”

The Downeys have been married since 2005.

For “The Judge,” Downey Jr. has the dual role of the male lead, as well as executive producer. His wife is also credited as a producer for the film.