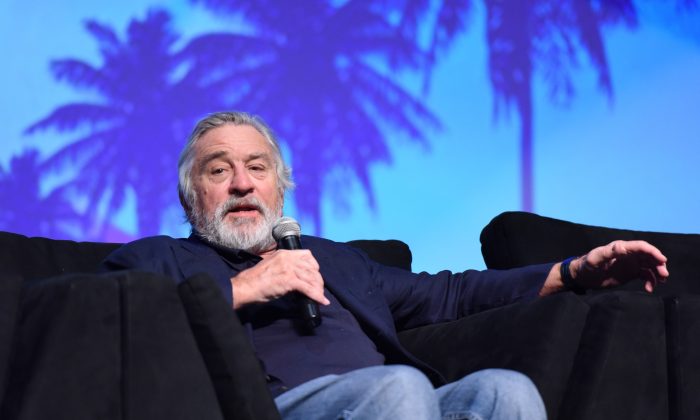 Robert de Niro on Inauguration: ‘Everybody has to be on guard’

Amid boycotts of Inauguration Day from celebrities and other groups, de Niro said he supports them.

“Yeah, I think [the boycotts] are” warranted, he told “Today” show host Matt Lauer on Tuesday.

He added: “I think that whatever people do they should do it fully. Because there’s a lot of crazy stuff happening now; it’s just crazy. And maybe it’s an act and we’ll see once [Trump’s] in, but you know, everybody has to be on guard.”

During the interview, “Bronx Tale” director Jerry Zaks expressed more optimism about the Trump presidency: “And I think it’s human nature to protect the possibility of a happy ending. And so, we’re going to do everything we can, for as long as we can, to hope that this story has a happy ending, for the country.” Producer Tommy Mottola added: “Yeah, and it’s a big opportunity for everyone to come together.”

Trump will be sworn in as president on Inauguration Day, Jan. 20.