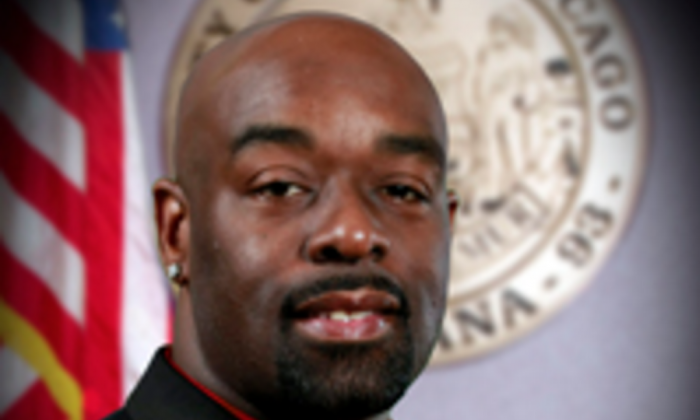 Last week, East Chicago councilman Robert Battle was sworn into office after running unopposed for a second term. What’s unusual is that Battle took the oath from inside a county jail cell, where he’s facing drug and murder charges.

In October, Battle was charged for the murder of 31-year-old Reimundo Camarillo Jr. and with intent to distribute marijuana, the Chicago Tribune reports. He was arrested on an interstate highway with 73 grams of marijuana and $100,700 in cash.

Battle was re-elected to his seat with just 308 votes in November, a month after the federal government filed charges. An unnamed official attended his swearing-in ceremony instead of the mayor.

The state of Indiana permits Battle to stay in office and continue to receive his $42,365 annual salary unless he resigns.

Indiana State Sen. Frank Mrvan said that it’s possible the state legislature could create an ordinance that allows for officials to be sacked for missing meetings. Mrvan had previously authored a bill that would remove any officials who had been convicted of crimes, but that wouldn’t help in the Battle case.

“The law states that you have to be convicted or confess that you are guilty. Otherwise there’s nothing we can do,” Mrvan said.