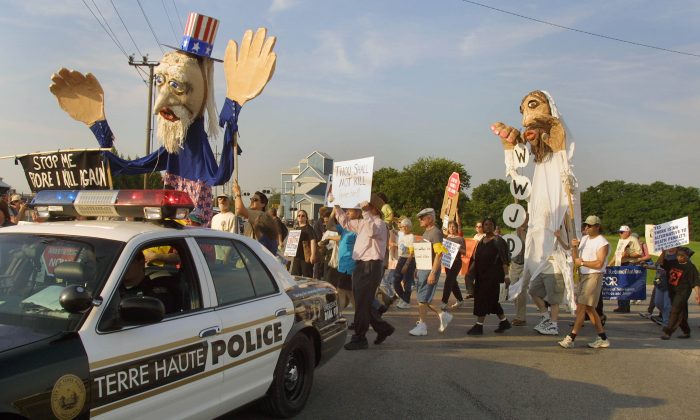 TERRE HAUTE, Ind.—Authorities say a robbery suspect somehow made off with a Terre Haute police car despite being handcuffed behind his back.

The Tribune Star reports that officers had placed 28-year-old Cody Tryon of Terre Haute in the back of the patrol car.

Police say that while unattended, Tyron kicked out the metal screen separating the front and back seats, slid through the opening and drove away.

Police using GPS caught up with him elsewhere in Terre Haute. They say Tyron rammed several squad cars that tried to block the stolen vehicle before he was again taken into custody.

Police say his hands were still restrained behind his back.

Tryon was taken to Vigo County Jail and booked on charges including motor vehicle theft and battery on a law enforcement officer.