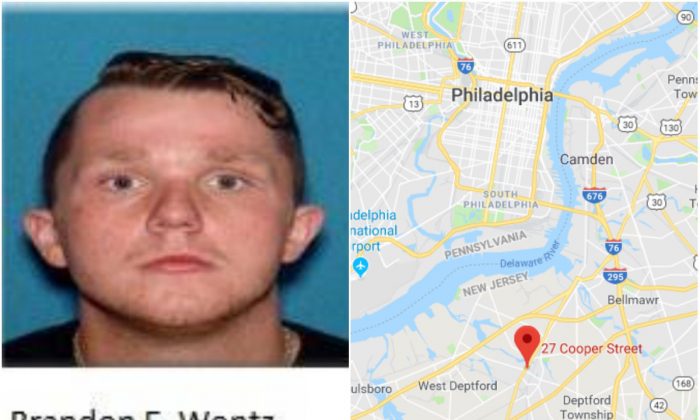 A robbery suspect shot himself when he was pistol-whipping his victim in New Jersey, according to the Woodbury City Police Department.

The department dispatched a patrol around 8:40 p.m. to a parking garage on 27 Cooper Street after a report came in of a shooting on Tuesday, Feb. 20.

Police found out four people tried to rob a 20-year-old acquaintance in the garage. A fight broke out and one of the robbers hit the victim in the head with a gun. The gun went off, however, striking the robber in the hand.

The four suspects got in a car and fled, but they were stopped and apprehended by police less than 700 yards away.

Both the victim and the wounded suspect were taken to hospitals with what police deemed as non-life threatening injuries.

The four suspects were arrested and identified as New Jersey residents Doug Henderson, 24, of Camden; Brianna Jiminez, 18, of Logan; Aleem Clark, 18, of Camden; and Branden Wentz, 19, of Logan.

Wentz and Henderson have been detained at the Salem County Jail, while Jimenez and Clark have been released pending their court appearances.