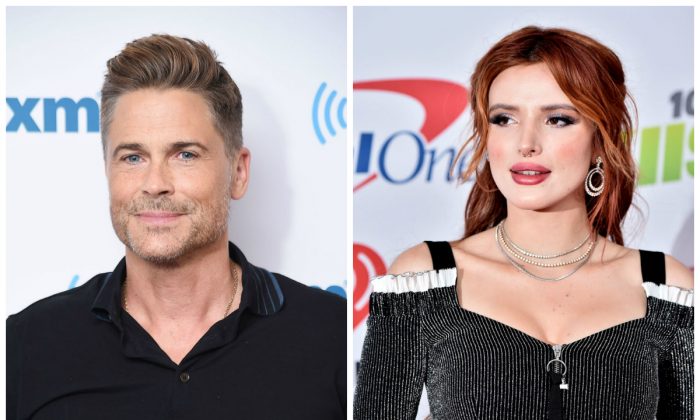 Actor Rob Lowe took issue with the comments made by actress Bella Thorne this week following the devastating mudslides in Santa Barbara, California.

More may be dead as at least five are still unaccounted for as of Jan. 12.

“Realistically we suspect we are going to have the discovery of more people killed in this incident,” Santa Barbara County Sheriff Bill Brown said at a Thursday news conference.

Amid the loss of life, Thorne went on Twitter and said: “[expletive] u 101 to Santa Barbara. I’m missing my boyfriend’s first date on his tour.”

“This attitude is why people hate celebrities/Hollywood. Bella, I’m sorry you were inconvenienced. We will try to move out our dead quicker,” Lowe posted.

The 20-year-old Thorne later deleted her tweet and added a new one, saying: “[Expletive] just caught up on some news had no idea why 101 was shut down…get home to your family safe.”

People commented on the second post with various statements.

“She clearly deleted it because she figured out what was going on and realized it was insensitive,” said one Twitter user.

“You just heard? Its been all over the news for the past 3 days! What world do you live in?” added another.