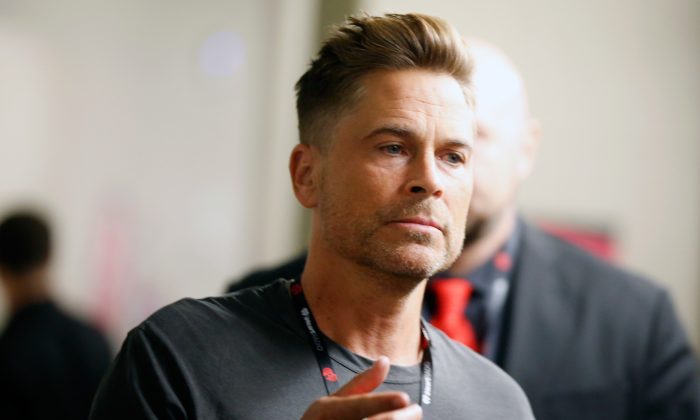 Actor Rob Lowe had to delete a tweet regarding Sen. Elizabeth Warren (D-Mass.) after backlash from other celebrities.

“Elizabeth Warren would bring a whole new meaning to Commander in ‘Chief,’” Lowe wrote in a now-deleted Twitter post in a reference to the controversy over Warren’s claims about Native American heritage.

Warren officially launched her 2020 campaign for president over the weekend.

I deleted my Elizabeth Warren tweet. It was a joke and some peeps got upset, and that’s never my intention. On the GOOD side: I just got to use the Oxford comma!

Lowe was blasted on social media by other celebrities.

Thanks for saving and sharing. That is hilarious. Because faking to be a Native American is what is really offensive

Later, Lowe sent a tweet, “I deleted my Elizabeth Warren tweet. It was a joke and some peeps got upset, and that’s never my intention. On the GOOD side: I just got to use the Oxford comma!” The Oxford comma, or serial comma, is a comma that is used after a list of three or more items, coming before the word “and” or “or” in a sentence, which means that Lowe’s first sentence didn’t use it.

Other users defended him over his “commander chief” tweet.

“Rob Lowe was just joking,” one user said on the social media website. “Everybody is so sensitive these days. Just a bunch of snowflakes! #ElizabethWarren2020 is the person who lied about her race for votes.”

You shouldn’t apologize for a joke (a funny one at that). Giving in to the outrage mob only encourages them to continue their farcical outrage at every perceived microaggression. Warren walked into this with her own actions. Nobody would bat an eye if it was a joke about Trump.

“Rob Lowe has no [expletive] rights,” another commented. “he isn’t protected under the constitution. i said what i said.”

On Feb. 9, in announcing her candidacy for the highest office in the land, Warren called for a fight against economic inequality in the United States and to build “an America that works for everyone.”

“This is the fight of our lives. The fight to build an America where dreams are possible, an America that works for everyone. I am in that fight all the way. And that is why I stand here today to declare that I am a candidate for president of the United States of America,” she said.

The Massachusetts Democrat chose Everett Mills to declare her candidacy, saying that everyone in the country “should be able to work hard, play by the same set of rules, and take care of themselves and the people they love.”

“Elizabeth Warren has already been exposed as a fraud by the Native Americans she impersonated and disrespected to advance her professional career,” he said while pillorying her perceived “socialist ideas” such as the Green New Deal that will “kill jobs” and raise taxes.