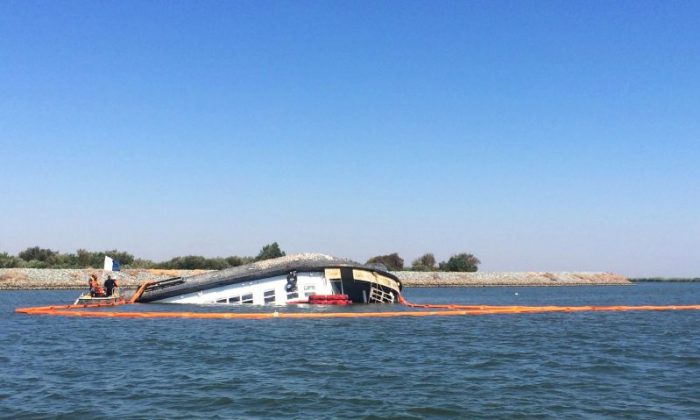 State and federal officials say the 87-foot Spirit of Sacramento may be leaking diesel fuel Sunday, a day after it took on water and capsized near Bethel Island in Contra Costa County.

No one was injured. Two people on board the paddle wheel tour boat jumped in a dinghy and made it safely to shore.

The Coast Guard says the boat was once used for tours but was being used for private recreation when it capsized. The cause is not clear, and officials have not been able to find the boat’s owner.

The Coast Guard says the vessel may have had as much as 600 gallons of diesel onboard and they are working with the California Department of Fish and Wildlife to try to keep it contained.