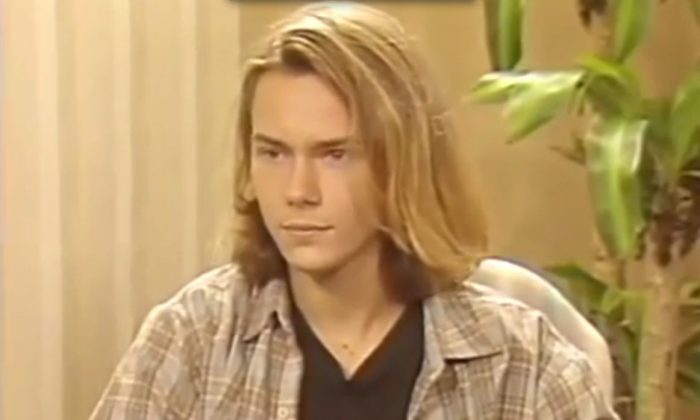 River Phoenix died 20 years ago on Halloween 1993 at the age of 23. His overdose death at a nightclub surrounded by friends and girlfriend Samantha Mathis was remembered on Thursday. An account of his life and last days will be detailed in an upcoming book, which says that the young actor left his mark on Hollywood in only a short period of time.

According to eyewitness accounts at the time, Phoenix snorted heroin inside the restroom of the Viper Room in West Hollywood while he was among friends and family. Phoenix brought along his guitar to the Sunset Strip club and appeared to be in good spirits. But he then vomited and took a Valium to regain his composure but later told Mathis, his girlfriend at the time, that he couldn’t breathe, according to the Daily Beast.

He then passed out at the bar and was outside on the sidewalk “thrashing spasmodically,” one observer said.

“I think he had a Valium or something, I don’t know,” Joaquin added.

Around a half an hour later, River Phoenix was pronounced dead.

In a 1997 interview, Joaquin said, “After River’s death, I felt like I was in an altered state. It took me over a year to get my life back. Dealing with death is always difficult, but suffering in public adds a whole new dimension,” according to USA Today.

In the upcoming book, “Last Night at the Viper Room: River Phoenix and the Hollywood He Left Behind,” author Gavin Edwards says that despite only starring in a few movies, Phoenix left his mark on Hollywood.

“Apparently the nineties had room for only one angel-faced blond boy, too pained by the world to live in it,” he wrote, according to Vulture.

Edwards said that “people connected with him really deeply,” according to USA Today.

“In this world of teen idols — where everyone feels polished — he was a beautiful boy and wonderful actor, but there was a degree of eccentricity and sense of being an outsider. People bonded with him. They thought he was trying to make the world a better place and not trying to book his next job,” he added.