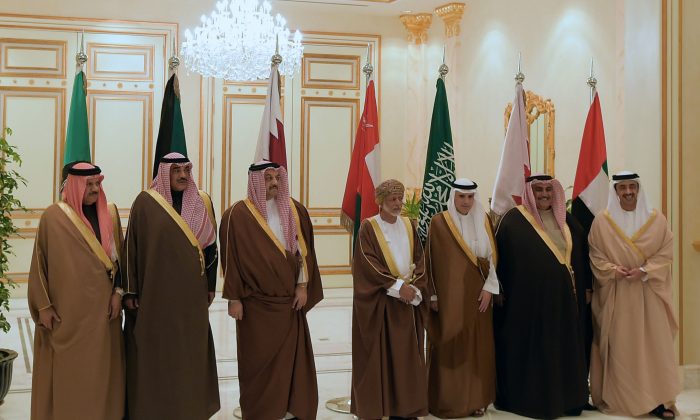 Much diplomatic maneuvering succeeded in bringing arch enemies Saudi Arabia and Iran face-to-face in Vienna last October at the international negotiations on the Syrian conflict. Defeating the Islamic State (ISIS) and its myriad horrors across the Middle East and elsewhere was a major motivation for some governments doing the bridging.

The mutual enmity between the current two regional powerhouses goes back to the 7th century.

The mutual enmity between the current two regional powerhouses goes back to the 7th century, when Persia (now Iran) was conquered by Arab armies. Under the ensuing Muslim rule, its dominant religion, Zoroastrianism, waned. Gaining in power and enjoying a flourishing art and literature from the 9th century onward, Persia regained independence in 1501 when the Safavid Dynasty took power and declared Shia Islam its official religion.

From the 14th to the 16th century, Arabia was under Ottoman Turkish rule. After the Ottomans collapsed in World War I, Saudi Arabia emerged as a fully independent nation, establishing diplomatic ties with Persia in 1929. Despite Iran being predominantly Shia and Saudi Arabia being mostly Sunni, the two sought to strengthen their ties in the 1960s. When the 1979 revolution ousted the Shah and turned Iran into a Shia theocracy, relations quickly deteriorated.

Iran’s nuclear program and its alleged plot to assassinate the Saudi ambassador to the United States helped bring to a close a later brief bilateral thaw. Dr. Afshin Shahi, director of the Centre for the Study of Political Islam at Bradford University (U.K.), observes that both the Saudis and Iranians have ignored diplomatic channels, preferring to excoriate each other through any available media or other channel.

At times, outright war has loomed because Riyadh and Tehran also hold fundamental differences over Syria, Yemen, Iraq, and other corners of the Middle East, deploying various proxies to gain any advantage, often by force.

Clearly, the Saudi kingdom’s move to cut diplomatic ties with Iran unilaterally is a political triumph for its royal family.

Clearly, the Saudi kingdom’s move to cut diplomatic ties with Iran unilaterally is a political triumph for its royal family. Over three decades, major features of Saudi foreign policy were highly unpopular with its population. For example, inviting an American military base to locate in the country from 1991 until 2003 antagonized the ultra-extremist Wahhabi Sunnis, long dominant over Shias in the Saudi kingdom.

Since the demise of the Baathist regime in Iraq, which shifted the regional balance of power marginally in favor of Iran, confronting the “Shia Crescent” has been the main thrust of Saudi foreign policy. “Iranophobia” now penetrates deep into the national consciousness of Saudis because it fuses both sectarianism and nationalism, thus mobilizing many citizens for once behind their ruling authoritarian establishment.

‘Iranophobia’ now penetrates deep into the national consciousness of Saudis because it fuses both sectarianism and nationalism, thus mobilizing many citizens for once behind their ruling authoritarian establishment.

The Iranian regime faces a similar situation. For over 35 years, key features of its foreign policy did not appeal to wide segments of Iranian society, many of whom, according to independent opinion surveys, disagreed with the mindless nature of its virulent anti-Americanism. In more recent years, however, Tehran’s mullahs appear to have been able to win some domestic support for Iran’s foreign policies.

Incidents such as the deaths of Iranian pilgrims near Mecca last September have increased anti-Saudi sentiment and gained more internal support for the Iranian position in the region, particularly in Syria. A tougher stance against Saudi Arabia may have internal public relations benefits at home for the Iranian clerics.

Given the complex situation internally in both countries, the degree of polarization, and the lack of mutual political willingness to reach a diplomatic compromise, the recent closure of the embassies is symbolic but unlikely to be of any major significance in the current regional political dynamic. Rivalry and mistrust will continue, and the Jan. 25 Syria peace talks will no doubt proceed without the two key regional rivals.

The key priority for many Americans, Canadians, and others in the international coalition—now enlarged to include 34 Arab members—remains to defeat ISIS quickly and before it can relocate to the chaos of Libya, as well-informed sources now indicate is its goal.