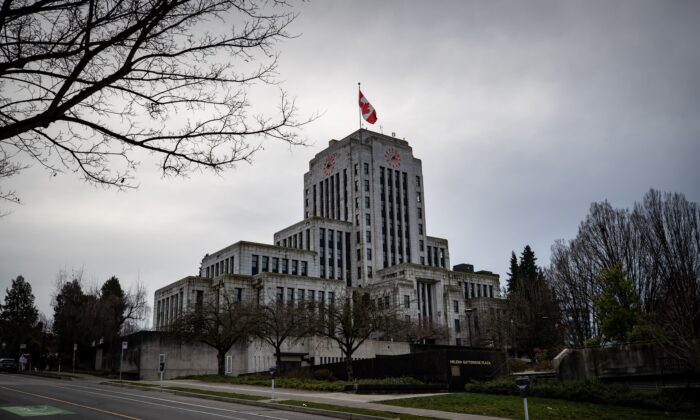 Kennedy Stewart’s mayoral opponent is asking another ethics watchdog to investigate the Vancouver mayor after a document emerged suggesting his right-hand man is looking to developers to fund the campaign.

Recently, a two-page spreadsheet was found on the sidewalk near city hall showing a list of high-profile developers and business people who appear to have been asked to contribute to Stewart’s Forward Together election campaign. Large foreign, corporate, and union donations have been banned in B.C. since 2017, and personal donations are limited to $1,250 this year.

Colleen Hardwick, who will run against the mayor under the TEAM for a Livable Vancouver banner next month, is now asking Vancouver Integrity Commissioner Lisa Southern to investigate whether the mayor’s chief of staff Neil Monckton and communications director Alvin Singh improperly raised funds for their boss over the past few months.

Monckton collected his $126,366 salary as the mayor’s chief of staff until his unpaid leave began Sept. 10.

Before requesting Vancouver’s integrity commissioner to investigate on Sept. 15, TEAM had already a day earlier asked Elections B.C. to begin an investigation into the spreadsheet.

The spreadsheet also includes a column titled “Captains” that has names of presidents and senior executives. Another column has goals for each captain to raise and how much they have raised up to the date the spreadsheet was printed and lost, the Vancouver Sun previously reported.

Notably, Stewart campaigned against corporate donations in 2018. Forward Together says it is following all the rules.

According to the Sun, TEAM council candidate Bill Tieleman said the integrity commissioner has acknowledged receipt of the party’s request and should be able to determine if Monckton breached the city’s code of conduct.

He also said TEAM and the Coalition of Progressive Electors are not openly courting developers to line its campaign unlike Forward Together and the other municipal political party ABC Vancouver.

Stewart’s team has said that his campaign complies with all election rules, according to the Globe and Mail.